A warning against the rhetoric of ‘us vs them’: Editorial | Toronto Star

For those who think of Europe and the United States as pillars of human rights, Amnesty International’s latest annual report is sobering. The international human rights organization is generally known for its sharp criticism of police states and brutal... 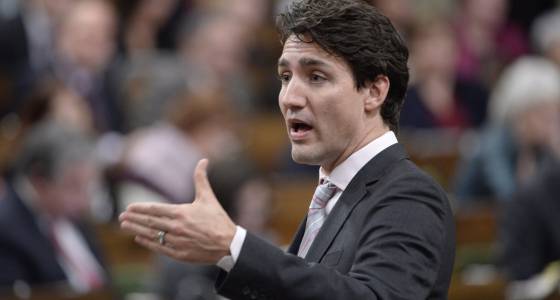 For those who think of Europe and the United States as pillars of human rights, Amnesty International’s latest annual report is sobering.

The international human rights organization is generally known for its sharp criticism of police states and brutal dictatorships. But for this report it surveyed developments in 2016 and focused on politicians in many of the leading democracies for invoking a divisive, dangerous rhetoric of “us versus them.”

In its report released this past week, Amnesty warned that 2016 “was the year when the cynical use of ‘us vs them’ narratives of blame, hate and fear took on a global prominence to a level not seen since the 1930s.”

A comparison of the present period to the 1930s might well seem over the top, given what came after (the Second World War and the Holocaust, among other horrors.) But Amnesty is right to caution politicians of the dangers of targeting people based on their “otherness” – be it race, religion, or immigration status.

And that is what 2016 brought, it said, pointing to the relentless assault on human rights from “powerful narratives of blame, fear and scapegoating, propagated by those who sought to take or cling on to power at almost any cost.”

That description sounds like the modus operandi of Donald Trump, so it’s no surprise that he is singled out for conducting an election campaign in which he “frequently made deeply divisive statements marked by misogyny and xenophobia, and pledged to roll back established civil liberties and introduce policies which would be profoundly inimical to human rights.”

That pretty much sums up Trump’s pitch to American voters last year and the way he has conducted himself in the five weeks since he entered the White House.

Consider the travel ban he issued by executive order only a week into his presidency. Though it was overturned by the courts, it barred citizens of seven Muslim-majority countries — Iraq, Syria, Iran, Libya, Somalia, Sudan and Yemen — from entering the United States for 90 days, all refugees for 120 days and refugees from Syria indefinitely. The Trump administration is expected to issue a new, revised ban within days.

On top of that, he has tightened restrictions on undocumented migrants, creating a climate of fear among the 11 million people living illegally in the United States.

And it’s not just Trump. In much of Europe, populist politicians, most of them on the far right, have whipped up hatred and suspicion of foreigners. And in countries as far apart as Turkey and the Philippines, demagogues are on the march, playing on similar fears. “Today’s politics of demonization,” says Amnesty, “shamelessly peddles a dangerous idea that some people are less human than others… This threatens to unleash the darkest aspects of human nature.”

In the midst of all this, Amnesty shines a positive light on Canada, which it says is increasingly seen as “a source of human rights leadership in an era of its rapidly increasing scarcity.”

That flatters Canadian sensibilities, but it’s far from the whole picture. Politicians must be on guard here, too, against the divisive politics of “othering,” best illustrated by Conservative leadership candidate Kellie Leitch’s proposal to screen immigrants for “Canadian values.”

And consider the divisive rhetoric surrounding Liberal MP Iqra Khalid’s motion in the House of Commons that simply called on the government to condemn Islamophobia as well as other forms of racism and religious discrimination. For that she was criticized by 13 of the 14 Conservative leadership hopefuls, including Leitch, and received literally thousands of death threats.

Part of her motion asks that the Commons heritage committee study how the government could reduce or eliminate racism and religious discrimination. The Commons should do so when the measure comes back for debate in April to ensure Canada upholds its reputation as a leader on human rights.

Canada’s commitment to openness will be tested as long as the dangerous trend toward nationalism and populism continues. It needs to remain welcoming toward genuine refugees wherever they come from – either troubled countries overseas or over the U.S. border if the Trump administration keeps on its present course.

The Amnesty report stands as a reminder that the political mood can darken quickly even in countries with long traditions of civil liberty. There’s no reason to believe that Canada will always stand against the tide.