After being fired as Liberty University's spokesperson, a former employee is now suing the school in Virginia. He claims that he was terminated in retaliation to having raised concerns about sexual misconduct allegations being mishandled. 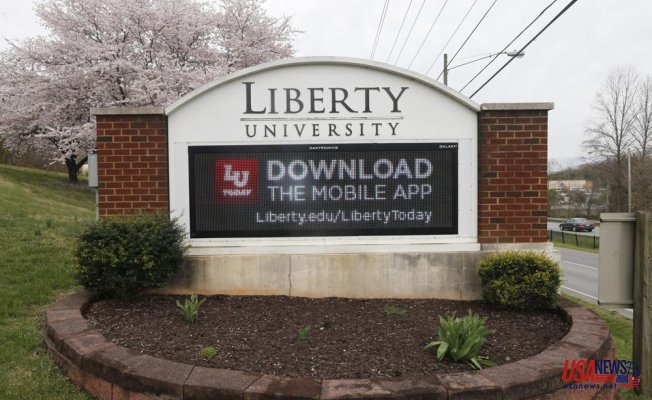 Scott Lamb, a senior vice president-level executive at The Associated Press, stated in an interview that he pressed for answers regarding what was being done in order to investigate claims in a summer lawsuit brought by 12 women. He was constantly dissatisfied.

The lawsuit against the school, still pending, alleges that it had a history of mishandling sexual assault and harassment cases and fostered an unsafe campus climate. To advocate for systemic reforms, a student-led group was established. ProPublica, a nonprofit investigative journalism outlet, published a Sunday investigation that found similar findings to those in the lawsuit.

Lamb stated in an interview that Lynchburg's university has many resources and should have used these to conduct a third-party investigation into the claims of the women.

"We put $300million in the bank last fiscal year, and some more. We have two-point-something-billion in the endowment, and we can't afford to just deal righteously with these people. Lamb asked why.

Liberty University General Counsel David Corry stated in a statement, "categorically denial" Mr. Lamb's claims of his termination as a result of the advice he had given about how the university should respond to the women's suit. He claimed Lamb was fired for cause after a meeting regarding "a recent review" of the area under which he managed.

"Lamb's lawsuit reflects his shameful attempt to rebuild his reputation through the support of victims of sexual assault. Corry stated that they look forward to hearing his claims in court.

Lamb claims that he was fired for engaging in activities protected by Title IX, a federal law that prohibits sex discrimination within education. He challenged the university's handling the complaints.

According to his complaint, things reached a head during a meeting this month when he stated that he would not be silenced nor participate in a cover-up of activities at the university.

He was approached the next day about negotiating a separation arrangement and fired on Oct. 6, according to the lawsuit.

Lamb claims that he was also retaliated against because he participated in an external investigation into Jerry Falwell Jr.'s tenure. This former president, whose personal controversies as well as his acrimonious departure last year from Liberty garnered national attention.

According to his lawsuit, he was subject to 20-25 hours of interviews as part the probe. The school has not yet discussed the results.

The school's latest litigation is now being handled by Lamb. The school sued Falwell in April seeking damages of millions. In July, Falwell was sued by Falwell, an ex-NFL player who was hired to lead diversity initiatives. He claimed that he was subject to racial discrimination during his demotion, and later firing.

Lamb claimed that he was offered a severance deal if he signed an agreement not to disclose. He declined. He stated that his firing resulted in the loss of income and benefits, as well as scholarship funding for his four children attending the school. His lawsuit seeks to recover past and future wage loss and unspecified compensatory or punitive damages.

He said, "I'll give up the scholarship and the salary and benefits... to keep mine free to speak of what I've seen."

Kendall Covington is a senior at Liberty who is also a student representative of Save71, an alumni-led group advocating for Liberty reform. She said that Save71 welcomes Lamb's willingness to push for changes.

She claimed that Monday's ProPublica story had not been acknowledged by the student body. This she described as "par for the Course".

She stated that Liberty University must address the problem.