A historic negotiation: and how to apply its tactics today. 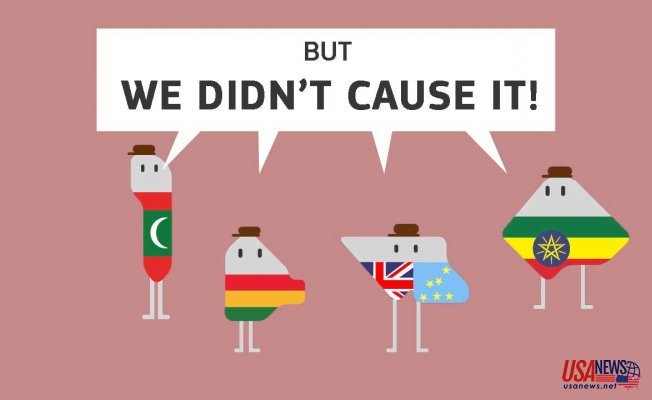 What do you say, when you have to have to talk with caution? In December 1776, Benjamin Franklin was sent to France to be the commissioner for the United States. It was here where he negotiated the Treaty of Paris with Great Britain finishing the American Revolutionary War and obtaining the United States ownership of a vast territory between the Atlantic coast and the Mississippi River. “Franklin had won,” writes Carl Van Doren, “a diplomatic campaign equal in results to Saratoga.” The Yale historian Edmund Morgan goes even further, calling it “the greatest diplomatic victory the United States has ever achieved.”  So how did Franklin do this? In negotiations with such high stakes, what tactics did Franklin employ?

Ben Franklin ensured he would be as likeable as possible, this was one of his social skills. He knew how to turn enemies into friends also like any celebrated politician, he knew how to sway people to his side of an argument. However, he did not possess these skills naturally, he worked on both his likability and persuasion skills thoroughly. In Franklin’s autobiography, he shares that once a friend of his offered him some invaluable feedback. His friend's exact words were that Franklin was too “cocky”, “overbearing” and “insolent”. Rather than becoming defensive Franklin took this on board and grew from the productive criticism. He iterated and improved. He came up with 12 virtues that he wanted to live by and practised them weekly, he kept a journal to track each virtue he was working on along with any actions that were not in accordance.  It was upon this feedback that Franklin added a thirteenth virtue, humility. Franklin relied a lot on being easy to communicate with and being likeable and many believe this is what helped him win the Treaty of Paris.

If you have an interest in the art of negotiations or want to develop your skills, there are websites for you. The Negotiation Society is a dynamic community of over 20,000 negotiators, they provide articles, videos, webinars and more.

How to be as likeable as Franklin;

Franklin adapted his vocabulary to show more humility. The type of language he was using is called “tentative language” as described in the book Crucial Conversations: “One of the ironies of dialogue is that, when talking with those holding opposing opinions, the more convinced and forceful you act, the more resistant others become. Speaking in absolute and over-stated terms does not increase your influence, it decreases it. The converse is also true– the more tentatively you speak, the more open people become to your opinions.” You can use phrases like, “I think that” or “I believe…” or “In my opinion” to share your feelings as feelings rather than definitive statements. Franklin understood that people despise being interrupted or corrected, he also knew that using tentative language can be way more persuasive. So, the next time you want to persuade someone to your opinion, use tentative language to describe your stance and get them on your side!

Another important lesson here is that Franklin was open to feedback, you can take this a step further by proactively asking people you are close with for feedback on your social skills. Sometimes it takes an outsider to change your mind about your habitual social habits. After receiving feedback, thank the person and take their assessment seriously. Franklin took his feedback so seriously he made it a virtue to live his life by! You may not have to go that far, but the takeaway is to keep an open mind and not get defensive when someone is critiquing you.

Tip #3: Use the “Ben Franklin Effect” to Turn Enemies into Friends;

The next time you want to be friendly with someone you don’t get along with, ask them for a favour or advice. If they oblige, you can bet that they’ll begin to see you in a different light. Asking for advice is a simple way to show someone that you think their opinion matters while engendering rapport in true Franklin style.

The best way to adapt to new surroundings is to be honest about how the experience is new for you. Whether you have a “strange” accent or aren’t sure about cultural norms, simply state it. Faking it will only make you look silly.  Being open about your shortcomings shows vulnerability which humanizes you and makes other people perceive you as charismatic. Multiple studies have shown that people prefer being around people who are likeable and more vulnerable rather than perfect. You can even preface a conversation with, “I’m still learning this new language so bear with me” or “I just moved here so I’m still learning how to adapt…”

Along the lines of not pretending that you know it all, don’t be afraid to ask questions. Asking for people’s advice also makes them feel important and studies have shown that people love sharing their feelings and sentiments, so much so, they’re willing to give up money in exchange for talking about themselves! Not only will asking questions engender trust with your conversation partner but you can gain a whole lot of knowledge about your new environment to adapt effectively.

Ben Franklin was one of the greatest thinkers, inventors, philosophers, politicians and writers of our time. His savvy social skills helped him make friends out of enemies, build his own “think tank” and helped America gain its freedom. By using some of Franklin’s social skill hacks you can become more likeable, build the network you’ve always wanted, and adapt to any social situation imaginable.