A meeting Friday afternoon between President Donald Trump and Ohio Gov. John Kasich, his former rival in the GOP primaries, had no set agenda. But Kasich came armed with one anyway: his hope to blunt drastic changes to the nation's health-care system envisioned... 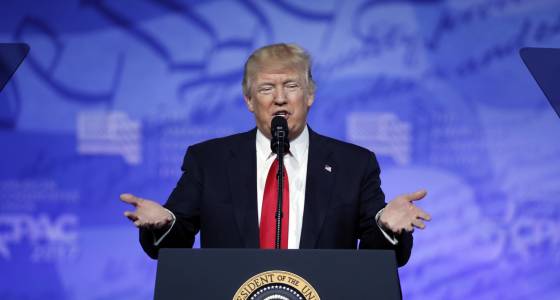 Over the next 45 minutes, according to Kasich and others briefed on the session, the governor made his pitch while the president eagerly called in several top aides and then got Health and Human Services Secretary Tom Price on the phone. At one point, senior adviser Jared Kushner reminded his father-in-law that House Republicans are sketching out a different approach to providing access to coverage. "Well, I like this better," Trump replied, according to a Kasich adviser.

The freewheeling session, which concluded with the president instructing Price and Chief of Staff Reince Priebus to meet with Kasich the next day, underscores the unorthodox way the White House is proceeding as Republicans work to dismantle the Affordable Care Act and replace it with something else. The day after Kasich delivered his impromptu tutorial, Trump spent lunch discussing the same topic with two other GOP governors with a very different vision - Scott Walker of Wisconsin and Rick Scott of Florida.

Scott said Sunday that he used the lunch to press for principles he has pushed publicly, such as financial compensation for states that did not expand Medicaid under the ACA and the importance of providing competition and cutting required benefits to allow people to "buy insurance that fits them."

While leaving most of the detail work to lawmakers, top White House aides are divided on how dramatic an overhaul effort the party should pursue. And the biggest wild card remains the president himself, who has devoted only a modest amount of time to the grinding task of mastering health-care policy but has repeatedly suggested that his sweeping new plan is nearly complete.

This conundrum will be on full display Monday, when Trump meets at the White House with some of the nation's largest health insurers. The session, which will include top executives from Blue Cross and Blue Shield, Cigna and Humana, is not expected to produce a major policy announcement. But it will provide an opportunity for one more important constituency to lobby the nation's leader on an issue he has said is at the top of his agenda.

Health and Human Services Secretary Tom Price is followed by reporters as he leaves a health care meeting during the National Governors Association Winter Meeting in Washington, Saturday, Feb. 25, 2017.

Health and Human Services Secretary Tom Price is followed by reporters as he leaves a health care meeting during the National Governors Association Winter Meeting in Washington, Saturday, Feb. 25, 2017.

Democrats and their allies are already mobilizing supporters to hammer lawmakers about the possible impact of rolling back the ACA, holding more than 100 rallies across the country Saturday. And a new analysis for the National Governors Association that modeled the effect of imposing a cap on Medicaid spending - a key component of House Republicans' strategy - provided Democrats with fresh ammunition because of its finding that the number of insured Americans could fall significantly.

Trump, for his part, continues to express confidence about his administration's ostensible plan. He suggested Wednesday that it would be out within a few weeks.

"So we're doing the health care - again, moving along very well - sometime during the month of March, maybe mid- to early March, we'll be submitting something that I think people will be very impressed by," he told reporters during a budget meeting in the Roosevelt Room.

Yet some lawmakers, state leaders and policy experts who have discussed the matter with either Trump or his top aides say the administration is largely delegating the development of an ACA substitute to Capitol Hill. The president, who attended part of a lengthy heath-care policy session his aides held at Mar-a-Lago a week ago, appears more interested in brokering specific questions, such as how to negotiate drug prices, than in steering the plan's drafting.

President Donald Trump said Friday that his predecessor's health care law covers "very few people," as he minimized the impact of replacing it. That's only true if you consider more than 20 million people to be very few.

Here's a look at his statement at the Conservative Political Action Conference...

President Donald Trump said Friday that his predecessor's health care law covers "very few people," as he minimized the impact of replacing it. That's only true if you consider more than 20 million people to be very few.

Here's a look at his statement at the Conservative Political Action Conference...

"The legislative branch, the House first and foremost, is providing the policy," said Rep. Tom Cole, R-Okla., who noted that the White House lacks "a big policy shop" and that Price and some key principals just recently got in place. Seema Verma, whom Trump has nominated to head the Centers for Medicare and Medicaid Services, should play a key role in any reform effort if she is confirmed.

In the current process, the White House becomes "the political sounding board" in altering Obamacare, as the 2010 law is known, "and the final voice of reason is what the Senate can accept," Cole said.

Within the administration, aides are debating how far and fast Republicans can afford to move when it comes to undoing key aspects of the ACA. White House officials declined to comment for this story.

Blase, who most recently worked as a senior research fellow at George Mason University's Mercatus Center, published a paper in December titled "Replacing the Affordable Care Act the Right Way." Its conservative blueprint emphasized the "need to reduce government bias towards comprehensive coverage" for all Americans and a revamping of Medicaid, which was expanded under the ACA and added 11 million Americans to the rolls.

"Medicaid needs fundamental reform with the goals of dramatically reducing the number of people enrolled in the program and providing a higher-quality program for remaining enrollees," Blase wrote.

Where Trump will end up remains unclear, although in both public and private settings he has tended to stress the importance of providing health coverage"for everybody"while lowering its cost. However, Price testified during his recent confirmation hearings that the administration would seek to give Americans access to, not guaranteed, coverage.

The policy proposal Trump has embraced most forcefully, albeit not always consistently, is to pressure pharmaceutical firms to lower their prices by negotiating government drug purchases through Medicare. The idea has considerable support among Democrats and from some Republicans but is currently prohibited under law.

Kasich has proposed paring back some of the ACA's more generous aspects, such as reducing the number of benefits insurers are required to offer and potentially cutting the eligibility level for Medicaid recipients from 138 percent of the poverty level to 100 percent if there is a stable marketplace with adequate subsidies they can join. He also wants states to have more flexibility in how they manage their Medicaid programs, as well as aspects of the private insurance market.

But he has expressed skepticism about turning Medicaid funding into a block grant and opposes any move that would eliminate the coverage many adults in his state now have without a clear path to transition them to new plans.

"Frankly the reason why people are on Medicaid is because they don't have any money," he said Friday. "So what are we supposed to say, 'Work harder?' "

Asked to describe Trump's reaction to his overall approach, the Ohio governor replied, "What he said is, he found it interesting. . . . It takes time, so you have to explain it, and explain it again."

The Washington Post's Dan Balz contributed to this report.