World-famous professor was about to die

The 57-year-old Jordan B. Peterson, who is a world-renowned author and professor of psychology, have over the past year, lived in a true hell, where he several 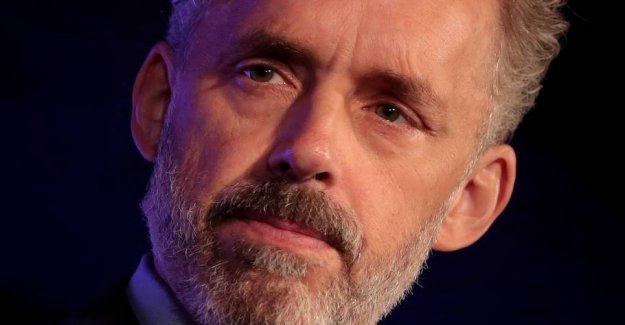 The 57-year-old Jordan B. Peterson, who is a world-renowned author and professor of psychology, have over the past year, lived in a true hell, where he several times was about to lose his life.

- He has been close to dying several times. Just now he can neither write or walk properly. But he has fortunately got his humor back, says his daughter Mikhaila Peterson for the media in the National Post

She has also posted a video on YouTube, where she talks about her world-famous father's illness.

It writes multiple media including The Star and the National Post

Mikhaila Peterson talks here on YouTube, to her father, Jordan B. Peterson have been dead sick for almost a year. (Photo: Private)

Jordan B. peterson's is world famous for his videos on YouTube, in which he attacks political correctness, as well as the ideas of the postmodern radical left-wing ideology, as he himself says, he of all beings.

He has published two books 'Maps of Meaning: The Architecture of Belief' and '12 rules of life: An antidote to chaos'. The latter book was a big hit throughout the world and is sold in three million copies.

over the past year, there has been relatively silent about the well-known canadian professor. But now explain to her daughter Mikhaila Peterson why in his new YouTube video:

- Last year has been a hell for my father, tells Mikhaila and reveals then the following:

- My dad got some years ago the prescription on the benzodiazepine for anxiety in connection with the fact that he had an extremely severe autoimmune reaction to food. He took the medication as prescribed. We were not afraid that he would develop a physical depending on before in the month of april last year, when my mother was diagnosed with terminal cancer. Then increased my dad his dose of the benzodiazepine, explains Mikhaila Peterson, and adds:

It quickly became clear that my dad was in the context experienced a paradoxical reaction to the medication. It will say that benzodiazepinen seemed directly the opposite of how it should work.

- The worst symptom for father was akathisia.(uncomfortable feeling of inner restlessness that manifests itself by an inability to sit or stand still - red.). It was so serious that my father also had suicidal thoughts, tell Mikhaila about his father, who through the last eight months have suffered from severe anxiety, on the border of panic attacks.

What is useful about conscientiousness? Well, it's strongly related to life satisfaction and happiness. The more conscientious you are, the less likely you are to suffer from anxiety and emotional pain. By being conscientious, you are able to stabilize your environment. And because everything becomes more predictable, you're more likely to be successful. If things aren't going wrong around you all the time, you're going to be less anxious and in less emotional pain.

A spread shared by Jordan B. Peterson (@jordan.b.peterson) the

Jordan B. Peterson had developed a fierce addiction of benzodiazepine, which had extreme consequences. The family sought out, therefore, several north american hospitals to get him treated successfully, but without luck. Therefore, the sought family time last help and treatment in a Russian hospital, where Peterson for a whole month, was admitted to an intervention.

- My father lay in a coma for eight days and had the most terrible withdrawal I ever have read about or heard about. He nearly died as a result of the things he was subjected to by the hospital sector in north America says Mikhaila Peterson, and adds:

- There is a long way to that he is healthy again. He suffers from neurological damage after the intake of the benzodiazepine. We hope, however, that it is temporary.

My father takes anticonvulsant medication and can neither walk properly or write on the computer. In the last week he could not even sit up without help. And the previous week could neither speak or stir, tells Mikhaila Peterson, however, says that her father is now in remission and has gotten his humor back.