Woman påkørt on the highway

A 33-year-old woman is påkørt in an accident on the Vestmotorvejen between Slagelse Island and Antvorskov North on Saturday morning. It confirms Sydsjællands 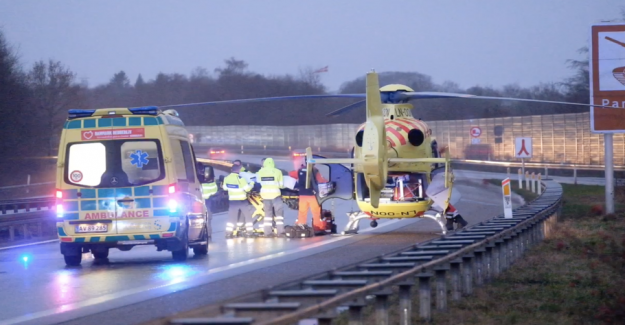 A 33-year-old woman is påkørt in an accident on the Vestmotorvejen between Slagelse Island and Antvorskov North on Saturday morning.

Vestmotorvejen westbound is completely blocked between junctions 38 and 39. Run at 38 and again at 39. Rescuers and police are working on the ground and have the helicopter standing on the highway. #politidk

the Road was earlier in the morning blocked, but is now opened up again.

The påkørte woman is subsequently retrieved in a helicopter that landed on the highway. Her condition is yet unknown.

- The last we we heard is that she is alive, but we do not know the condition, says vagtchef Henrik Karlsen.