the Weather conditions did not meet the minimum requirements for the flight of the morning, where the basketball legend Kobe Bryant and eight others, lost their 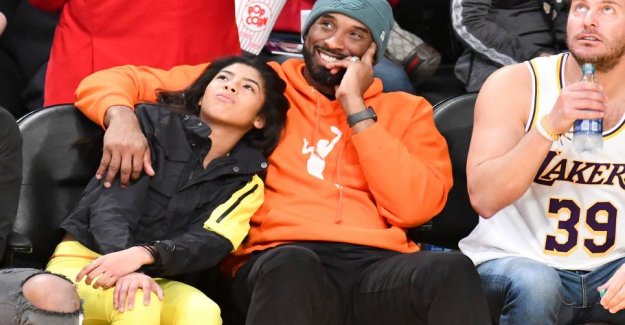 the Weather conditions did not meet the minimum requirements for the flight of the morning, where the basketball legend Kobe Bryant and eight others, lost their lives in a helicopter crash in the city of Calabasas, west of Los Angeles.

It says the police of Los Angeles (LAPD), writes the newspaper the New York Post.

According to a spokesperson for the LAPD, Josh Rubenstein, was a dense fog on Sunday morning enough to police their own helicopters might not fly due to low visibility.

But the helicopter with Bryant on board had got a special permission by the air traffic controllers to facilitate on the day in the bad weather conditions, writes the BBC.

the Helicopter took off, therefore, at 9.06 local time and crashed 40 minutes later in the mountains around the city of Calabasas.

Pilots can become disoriented in foggy or cloudy weather due to lack of visibility, says Thomas Anthony, who is the leader of a tutoring program in aviation safety at the University of Southern California, to the BBC.

He adds, at the same time, it's never one thing, who is to blame in a crash'.

A former pilot for the company, the helicopter was registered in, Kurt Deetz says that it is more likely that weather was the cause of the crash than technical errors.

- A catastrophic engine failure on this type of aircraft is not just, says Kurt Deetz to the Los Angeles Times.

The crashed helicopter of type Sikorsky S-76, and according to Thomas Anthony is a well-developed and sophisticated helicopter used all over the world.

He adds that the type has two jet engines, which is to increase safety.

U.s. investigators are examining causes of the accident. It is expected that they focus on the weather conditions and any technical error, writes the BBC.

In all lost nine persons life. Including Kobe bryant's 13-year-old daughter, Gianna, who was aboard.