Two are killed and 31 injured after a high-speed train in Italy is run by the track. The two fatalities are the driver and another employee in the train. Th 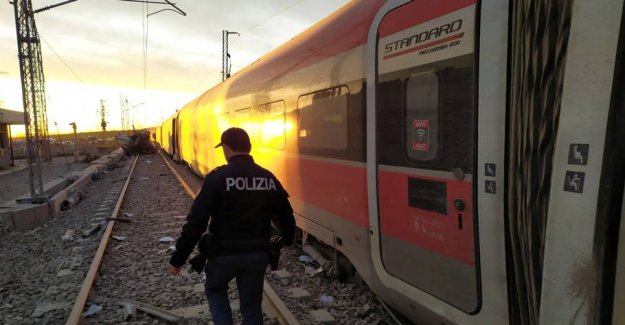 Two are killed and 31 injured after a high-speed train in Italy is run by the track.

The two fatalities are the driver and another employee in the train.

The writing of the Italian media Il Messaggero.

the Train was on its way from Milan to Bologna, since it is at 5.35 ran of the track near the city of Lodi.

at Least two carriages and the locomotive is overturned, and according to the local media, Corriere Della Sera examines the man right now, what can have been the cause of the accident, which has claimed two lives and injured 30 passengers.

None of the 30 is, however, seriously injured.

There was no more than the 33 people on board of the train, informs the local authorities to the media.