Two detained and one arrested in case of abandoned children

Two people have been detained, and a person is arrested in the case of two children on Saturday night was found abandoned in Aarhus. The police said in a pres 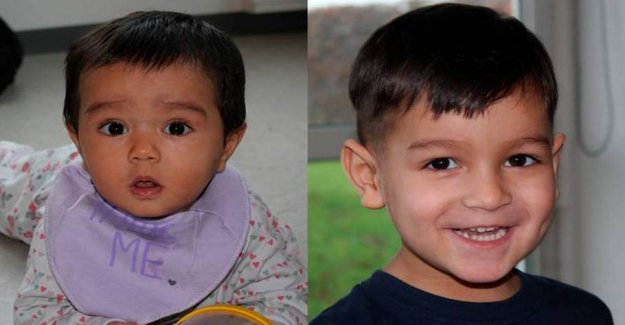 Two people have been detained, and a person is arrested in the case of two children on Saturday night was found abandoned in Aarhus.

The police said in a press release.

the Children were found left on Park Allé in Aarhus and has since been in the social authorities ' custody.

the Police moved on Sunday evening out to several addresses in florida. In the context of the two persons in custody and the last arrested.

Police suspect that the children have come to Denmark with some people who are staying or have stayed illegally in the country, according to the press release.

- Through our investigation we found some people who can have a relationship with the children. Now they need to further interrogations and investigations make us wiser on how the children have ended up on the street in Aarhus, says inspector Michael Kjeldgaard.

the Children, which probably originated from Afghanistan, has been handed over to Familiecentret in Aarhus Municipality, and they have it according to the circumstances well.

After the police published the pictures of the children, they have been bestormet with tips from the public.

'We have witnessed a massive interest from the public, who both tipped us and offered to take care of the children, and we are very thankful for. Now we have narrowed the investigation into and have some concrete clues to go after, but if you have an identity on the children or their parents, must be very welcome to call us via 114', writes the police.

It was 56-year-old Claus Vitved, who took the children left on Park Avenue, where he was concerned for the two children who stood very close to the side of the road in the congested street.

After a half hour he contacted the police. Since then, the police have investigated the restaurants in the vicinity, and reviewing large amounts of surveillance footages.

See also: Claus found the abandoned children: Something in me said that I should turn on the

The survivors ' children is a girl of about a year and a boy of about two and a half years.

Neither the children's ethnicity or identity has been identified.

the Boy of about two and a half years has black hair. He was wearing green boots, burgundy pants and dark jacket.

the Girl in about a year also has black hair and was wearing black boots, blue jeans, blue jacket with small white dots and a blue hue.