the Hunt for this year's MasterChef-winner kicks off Monday night started with four fast-paced auditiondage, where expectant danes is thrown to the judges, hop 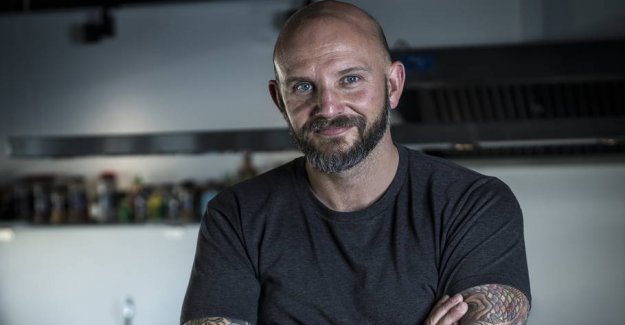 the Hunt for this year's MasterChef-winner kicks off Monday night started with four fast-paced auditiondage, where expectant danes is thrown to the judges, hoping to be able to wear the coveted white apron and move on in the program.

Only 46 selected MasterChef aspirants moving on to this year's training camp, which is the starting point for a new and intense round of 'MasterChef'.

A season, where the judges focus not only on gastronomy, but also puts issues such as food waste and sustainability.

And if you ask the chef Thomas Nun, who is a real part of the MasterChefs panel of judges, viewers can already now look forward to the new season.

See also: Stood up with a serious illness: - I am deeply touched

- I must say that even though we say it every year, so is there really a resounding high bottom level among the participants this year. Our contestants are insanely talented. It is quite tremendously to look at - and actually quite shocking, he says, and continues:

- It is becoming such in 'MasterChef', that it is not only those who have the best techniques, but also those who can figure out how to have ice in the stomach, which is with in the fight about the price. In the years, it has really not been given in advance, who would run away with the victory. This year is some smoked home earlier than we thought, and some are smoked home later. But this year has really been a tremendously clean niveaumæssigt, and it is just wonderful as madelsker.

Here is Thomas Nun along with the other two judges Jesper Koch (center), and Jakob Mielcke (to the right). Photo: Mogens Flindt

- What is the best, you have experienced along the way in the auditons?

- It is limited to how much I can say. But I will say that it is the ability to combine, in particular has impressed me. The ability to see what things can be together. The compositions are at a very high level this year, he says.

- And what is the worst you have experienced in connection with the auditions?

- I don't think we have had any of the wildly egregious cases this year - there has not been wholly bad. The worst is when people make mistakes, and there is of course no, it goes wrong for. How something is cooked too much, they call the raw material something wrong or just not doing so well, and it is the tåkrummende for us, but also for them. For it is never nice to 'crash' on the way, but we are also aware of the pressure we, the three judges put on people just by our presence, he says, and continues:

- But, as I said, it has not been so wrong. Some are funny, others vrøvler. But it is not more amusing, than that we never laugh at people but with people.

Here is a selection of this year's contestants in 'MasterChef'. Photo: Chronically Group Denmark