Trumps wall was knocked down

Before he was elected president, was one of Donald Trumps's key issues, that there should be a wall to Mexico. The work is right now in time, but everything 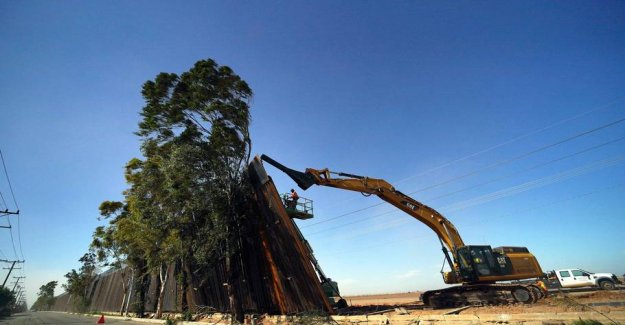 Before he was elected president, was one of Donald Trumps's key issues, that there should be a wall to Mexico.

The work is right now in time, but everything seems to not go as planned. Wednesday meant strong winds in Calexico and Mexicali, to parts of the president's wall toppled.

According to the agent at Customs and Border Protection Carlos Pitones was the part of the wall has just been placed the concrete, but it was not reached to be tempered yet.

And so it went wrong.

the Wall fell down on the mexican part of the border, but the disaster was averted.

- Fortunately, we managed it by the mexican authorities to react quickly, and they were able to direct traffic away from the area, says Carlos Pitones.

No one was hurt in the case, when the wall toppled, and now the authorities too to ensure that it does not happen again.

- We will cooperate with the contractor in order to avoid the strong winds will affect construction in the future, says Carlos Pitones.