Three killed while trying to beat the speedboat record

Three people lost Tuesday night life on the violent show, when they tried to beat the speedboat record on the distance from Monaco to Venice in Italy. The dea 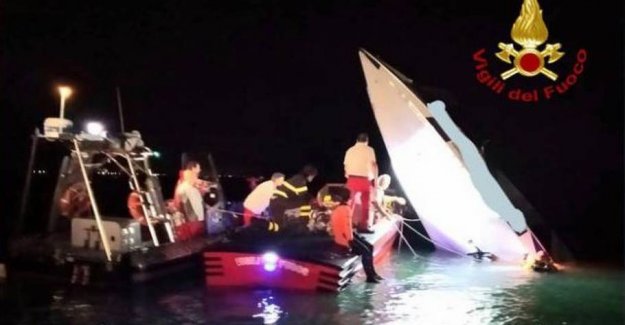 Three people lost Tuesday night life on the violent show, when they tried to beat the speedboat record on the distance from Monaco to Venice in Italy.

The dead is, according to the national tv station Rai, the 76-year-old Italian businessman Fabio Buzzi, who is also world champion in speedboat sailing. He was the leader of the team's attempt to beat the record on the distance from Monaco to Venice. The other dead is the Italian Luca Nicolini and the Dutch Eric Hoorn. A fourth man on the boat, the Italian Mario Invernizzi was badly injured in the massive accident, but he survived.

In connection with the accident sailed all transfers are made at full speed directly into an artificial dæming close to the finish line in Venice.

The 76-year-old Fabio Buzzi attempted during the voyage actually beating its own record at the distance. He knew in advance the route, but had never sailed in the evening.

rescue workers from the fire brigade in Venice showed up at the scene of the accident. A spokesman from The Italian Fire department has stated that there were found three corpses in a cabin in the boat under the water. According to the spokesperson survived the Mario Invernizzi accident, because he was thrown out of the boat.

- We are affected by deep grief. Accidents like this affect us all deeply, explains Gianni Darai (who is the spokesman for the bådforeningen 'Venice Assonautica'.