The world's smallest man is dead

the World's smallest man, nepalese Khagendra Thapa Magar, died Friday at a hospital 200 kilometres from the nepalese capital Kathmandu. It informs his family, 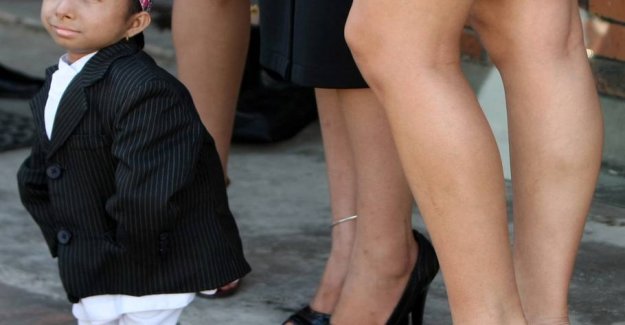 the World's smallest man, nepalese Khagendra Thapa Magar, died Friday at a hospital 200 kilometres from the nepalese capital Kathmandu. It informs his family, according to the South China Morning Post.

- He has been in and out of the hospital with pneumonia. But this time his heart was also affected. He passed away today, telling his brother Mahesh Thapa Magar.

Khagendra Thapa Magar measured only 67,08 centimeters, and was after his 18th birthday in 2010 awarded as the world's smallest walking man by Guinness World Records.

The title, he lost later to compatriot Chandra Bahadur Dangi, who measured 54,6 centimeters. After Dangis death in 2015 went by the title however, back to the Khagendra Thapa Magar.

- We are terribly sorry to hear that Khagendra is no longer among us, says Guinness World Records' editor-in-chief, Craig Glenday.

- Life can be challenging, when you only weigh six pounds and does not fit in a world that is built for the average person. But Khagendra did not let his size prevent him from getting the most out of life.