The victim in mortal danger: Several stabbed in terror-related attacks in London

A suspected man is killed by the shot of the police on Streatham High Road in south London on Sunday afternoon, after a minimum of three people have been stabbe 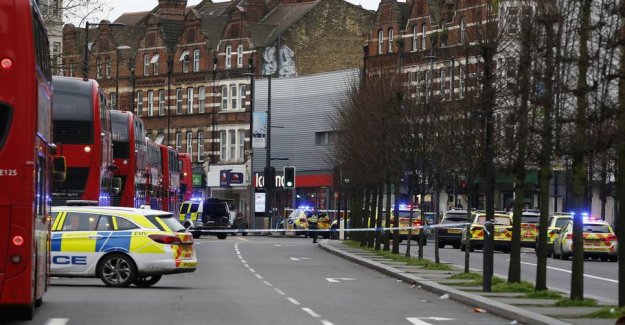 A suspected man is killed by the shot of the police on Streatham High Road in south London on Sunday afternoon, after a minimum of three people have been stabbed on the street. The attack is denoted as terrorist-related.

the English police informs on Sunday night that there are at least three wounded. The condition of the people, which has been stuck down, is not known immediately.

We believe there are two injured victims. We await updates on their conditions.

The scene has been fully contained.

We will issue more information when possible.

emergency personnel report that several wounded being treated on the spot. It writes the London ambulance service on Twitter.

'We received at 13.58 today reports on an incident at Streatham High Road. We work closely with the other emergency services and treats a number of persons at the scene of the crime'.

It is unknown whether it is the offender who has been shot, just as it is still unknown how many perpetrators there are.

Police ask that you are staying in the area, where armed police and ambulances are present.

According to the BBC has several witnesses reported that it was fired three shots immediately around at 14 local time.

On Twitter to thank prime minister Boris Johnson, police and emergency personnel for the effort.

- My thoughts are with the wounded and all who are affected, he writes.

From @metpoliceuk A man has been shot by armed officers in #Streatham. At this stage it is believed a number of people have been stabbed. The circumstances are being assessed; the incident has been declared as terrorist-related. https://t.co/IPAIN2d56C