The prime minister of canada: Ukrainian plane was shot down

A Ukrainian plane, on Wednesday crashed in Iran with 176 persons on board, was shot down by an iranian missile. It says the prime minister of Canada, Justin T 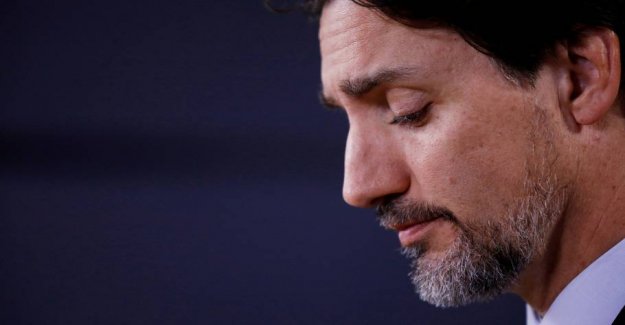 A Ukrainian plane, on Wednesday crashed in Iran with 176 persons on board, was shot down by an iranian missile.

It says the prime minister of Canada, Justin Trudeau, at a press conference.

- We have intelligence from multiple sources - including our allies and our own - showing that the plane was shot down by Iran, he said Thursday night local time from the canadian capital, Ottawa.

He adds that the plane may have been shot down by mistake.

Among those killed on the plane was 63 canadian nationals.

on Thursday afternoon began the first unofficial reports that show up about Iran should have shot the Ukrainian aircraft down. The reports came from several american media on the basis of anonymous sources.

Trudeau's announcement is the first official statement about the shooting.

- Our intelligence suggests that there was a surface-to-air missile, but I will not go into further details, it sounds from Trudeau.

In the hours before the crash had Iran carried out a missile attack against two bases in Iraq, with many american soldiers. The one was the air base Al-Asad, where there was stationed 133 Danish soldiers.

It happened in retaliation for AMERICA's killing of the high-ranking iranian general Qassem Soleimani Friday.

The black boxes that are used to unravel the cause of air accidents, have both been found after the crash.

Justin Trudeau informs on Thursday that Iran has hinted that the country itself will keep the black boxes. It is reported, however, that the iranians will also provide Ukrainian investigators access to this information.

the prime minister says that the government will continue its investigation until the 'get clarification, get placed in a responsible and gets justice'.