The municipality ignored all warnings about the collapse in 34 years

As the Aarhus bus station back in October was blocked off as a result of the risk of collapse, it emerged that the Municipality of Aarhus in 2010 already had be 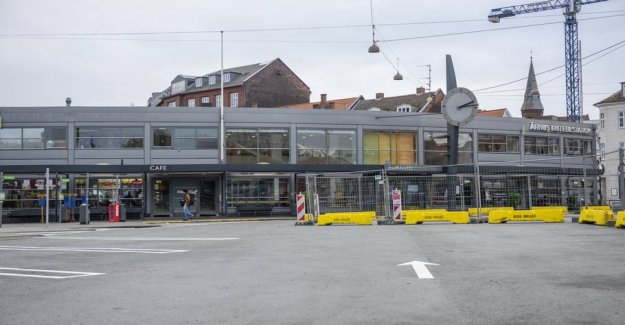 As the Aarhus bus station back in October was blocked off as a result of the risk of collapse, it emerged that the Municipality of Aarhus in 2010 already had been warned.

It meant that large parts of the transport and trade has been redirected, and that bus companies such as Flixbus and Kombardo is moved.

Now it turns out that the history of warnings goes back even further.

for several years the city of Aarhus namely ignored, to betondækket under the Aarhus bus station was damaged and exposed to the threat of collapse.

It shows several reports that TV2 Østjylland have gained an insight into.

Here it says, among other things, that already in 1985 "everywhere is found the leaks" and that "concrete and asphalt everywhere is in very poor condition".

It also confirms the Head of Properties in the Municipality of Aarhus, Katharina, Nyborg, over for TV2 east Jutland.

- You became aware of it in 1985, but has, since 2007, ongoing deferred maintenance process, because you have not been sure whether the bus station should perhaps be moved, she says.

In 1992, it concluded in a report that "the carrying capacity of the platform 2 are not good".

Between 1992 and 1999 were moved several times for a closer examination of the tyre's load-carrying capacity, which was ignored

In 2001, the Rambøll a note with the following warning: "the risk of traffic and buses may lead to the collapse of the deck in larger or smaller areas".

In an internal memo, wrote the technical management of the municipality, however, that it would wait to examine the damage closer, there was taken a decision on the rutebilstationens future location.

In 2010, Ramboll yet another report. Here it was pointed out that betontaget was damaged. Since then and until 2019 has no engineers with expertise in the area checked betondækket.

TV2 Østjylland has submitted the new information to Jan Ravn Christensen (SF), member of the Technical Committee of the Aarhus city Council.

He says, that he has not been familiar with the betondækkets bad condition before the bus station was blocked off in 2019.

- We should have been informed, and it should never be able to come so far out, that you need to cordon off and clear the station. It is a completely hopeless situation, says Jan Ravn Christensen for the Danish TV2 Østjylland.