the 31-year-old Daniel Johansson, from Gävle in Sweden is a truck driver and run mostly with timber in its 24 meter long truck. Early Monday morning 20. Janua 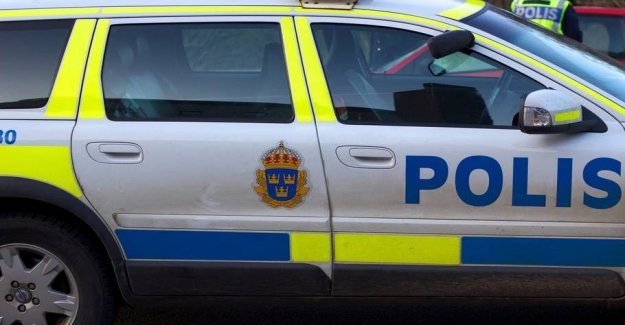 the 31-year-old Daniel Johansson, from Gävle in Sweden is a truck driver and run mostly with timber in its 24 meter long truck.

Early Monday morning 20. January, he drove by Bondarvet close to the town of Avesta, when he spotted something further down the line.

- It looked as if a car tried to run from the police, says Daniel Johansson to the Swedish Aftonbladet. Also the Swedish media dt.see has written the story.

It was so early in the morning, it was still dark. But anyway, it was quite quickly clear to the 31-year-old truck driver, that it was a car chase, he was witness to the further on the road.


The fleeing car came ræsende at high speed with the police right on their heels in the direction of Daniel Johansson. And when it was, he came in the thought that the police might well be able to use his help.

I parked the truck across the road, so it was like a small afkørselsvej out against a mark, says Daniel Johansson to Aftonbladet.
Despite Daniel johansson's improvised shutoff tried flugtbilisten anyway to sneak outside on the truck. But it failed, and instead ended up out on the field, exactly which truck driver had predicted. Here the ground was so soft that the driver in the flugtkøretøjet not be able to run on.

- the Police flew out of their cars and grabbed the man on the ground, says Daniel Johansson.


'Thank you like hell,' said the officers, according to Daniel Johansson for him after the abruptly ended politijagt. They told, moreover, that the hunt had actually been going on for an hour and a half.

- It feels good, that no civilian was hurt, and that he got sømmåtten. You never know, how it goes, when people are driving on the sømmåtte, says Daniel Johansson, who see it as a matter of course, that he intervened and helped the police as he could.

- In my head I did nothing special. One must help where one can.