The Tv star cut his hair: Now raging his fans

the Musician and actor Joe Keery, who is best known for his role as Steve Harrington in the very popular tv-series 'Stranger Things', has just cut his nice lo 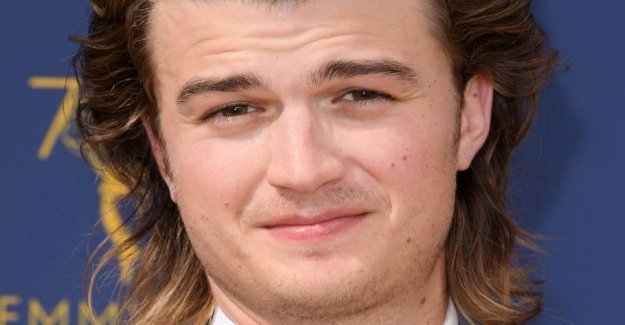 the Musician and actor Joe Keery, who is best known for his role as Steve Harrington in the very popular tv-series 'Stranger Things', has just cut his nice long hair. He appears now as if the hair is clipped after a pot. With his new hairstyle could Joe Keery easily enter directly into a band from the 1980s.

Many of his fans raging, however, that he has cut his beautiful long hair and now have been given the pot-hairstyle and old-fashioned bangs.

A Twitter user has posted a before-after-picture out and wrote as follows: 'To the memory of Joe Keerys beautiful hair.'

Joe Keery has many qualities. He is a talented actor and a good musician. But he is maybe first and foremost known for his iconic hair, which has been important part of all seasons in the tv series 'Stranger Things'.

Therefore, there were also many fans that went completely bananas on the social media of Joe Keerys wild transformation, which was revealed when he showed up to fashion week in New York with its brand new look.

See some of the reactions including:

'To hell. Who has done that here with Joe Keery. They shall all be in prison with the same.'

oh hell no who did this to joe keery I want them in jail right now pic.twitter.com/wYt3DS8mtE

And a third wrote simply:

'I lost all hope today.'

I lost all hope today pic.twitter.com/CKiP46UfKV

Joe Keery has always been famous for its beautiful, wavy and high hair. Photo credit: Shutterstock