The 44-year-old british tv celebrity Katie Hopkins, who has starred in programmes like 'The Apprentice', 'Celebrity Big Brother' and 'I'm a Celebrity... G 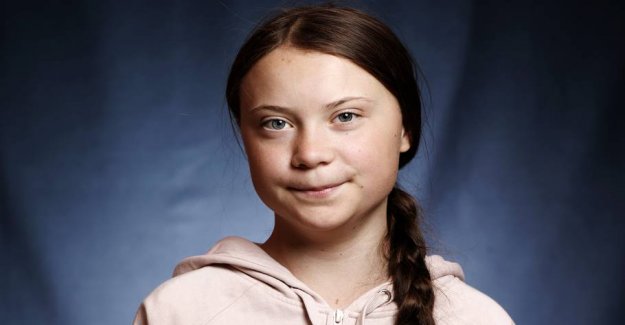 The 44-year-old british tv celebrity Katie Hopkins, who has starred in programmes like 'The Apprentice', 'Celebrity Big Brother' and 'I'm a Celebrity... Get Me Out of Here', was recently of youtuberen Josh Pieters tricked into receiving a fake price in the Czech capital, Prague.

But it was not so much due to Katie Hopkins' participation in various reality tv programs, that Josh Pieters gave her the wrong price Campagin two Unify the Nation Trophy, whose initials form the word CUNT - pussy in English.

It writes multiple media, including Independent and Gizmodo.

It was more because of Katie Hopkins' feature which højreradikal political commentator in the well-known newspapers like The Sun and Daily Mail as well as her function as a radio host on LBC.

Katie Hopkins is known for its anti-feminist and anti-muslim statements and often get retweeted by president Donald Trump. She has been recently banned from Twitter due to his controversial postings.

The british tv celebrity Katie Hopkins is known to shoot with sharply defined against both feminists and muslims. Photo: Ritzau Scanpix

The 26-year-old youtuber Josh Pieters explains in a video on YouTube its a joke with Katie Hopkins, where you can clearly see that she honestly think that she has been awarded a prestigious award from the organisation to the Cape Town Collective For the Freedom of Speech.

Katie Hopkins returned the favor with an extreme love to thank the speech in which she called the 17-year-old Swedish climate-activist Greta Thunberg for 'a fucking autistic slut'.

And the world's muslims are also severely criticized in Katie Hopkins' case:

'If you shout Mohammad in a school playground, will 2000 fucking children come running, and you are not interested in any of them', explained Katie Hopkins, who also made fun of arab names, and called the arabs to slow down.

In the video you can see Katie Hopkins hold his speech, while on a big screen behind her with the big letters stand CUNT - pussy. A clear expression of what youtuber Josh Pieters thinks about the british tv celebrity.

Josh Pieters ends his video with to explain why he has gone so far to make fun of Katie Hopkins.

'the Truth is that there are a lot of terrible hatred in the world. People like Katie Hopkins are spreading hatred and making money at it,' explains Pieter and adds:

'And what can she do, because she has her freedom of expression. So I used my freedom of speech to combat her spreading of hatred by playing on her ego and get her to look a little stupid'.