Days before the Climate Summit in Katowice, Poland, the European Commission announced its goal to achieve climate neutrality in Europe at mid-century UN urg 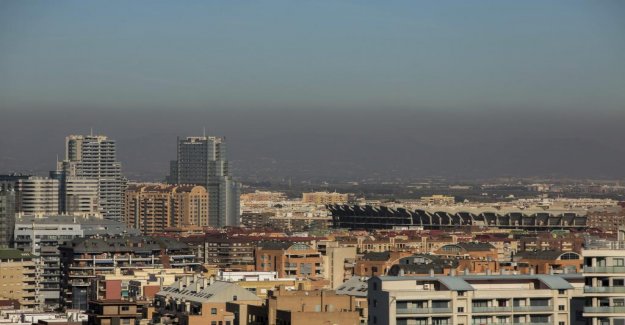 Days before the Climate Summit in Katowice, Poland, the European Commission announced its goal to achieve climate neutrality in Europe at mid-century

Before the withdrawal of the united States to the Paris agreement and with the responsibility that comes with being responsible for about 10% of the emissions,

the European Union has become a leader in the fight against climate change . Just a few days of the celebration of the COP24 in Katowice, Poland, the European Commission announced its goal of ending emissions of greenhouse gases and thus achieve the climate-neutral Europe in 2050.

"With this plan, Europe will be the first large economy in the world to reach the zero emissions by 2050" announced the eu Commissioner for Climate Action and Energy, Miguel Arias Cañete. "There are many challenges on the road but with the climate change, business as usual are is option and we can't afford the price of inaction," said Cañete, "to achieve climate neutrality is necessary, possible, and will in the interest of Europe".

the strategy presented by The Commission will not, for the moment, beyond the goals of the framework on climate and energy for 2030 -a reduction of at least 40% of the emissions of gases of greenhouse effect, a quota of at least 27% of renewable energies and an improvement of 27% in energy efficiency. The objective of this new strategy is precisely to work on the long term and find a solution to time, to allow to achieve climate neutrality by 2050 .

Brussels aims to reduce between 80% and 100% of the emissions of gases of greenhouse effect , in line with the Paris Agreements on the climate, and thus contribute to controlling the increase of the temperature and keep it below 2°C and increase to achieve it in less than 1.5°. To achieve this, understands the Commission, is to assure the neutrality.

Among other things, the european executive proposes to the total decarbonization of the energy in 2050, that is to say, the end of the use of fossil fuels in the energy sector. In 2050, over 80% of the electricity of the EU should be produced from renewable energy sources, because more than 75% of the emissions occur in the energy sector.

And the same thing happens with the industry, or the transport. The renewable energy will also contribute to the reduction of the emissions of the industry, but the recycling and the circular economy must also be a fundamental axis of the energy transformation.

the EU Currently invests around 2% of GDP in the energy system. to Achieve the purpose of the emissions of greenhouse gases requires an increase of 2.8% per year, according to figures from the Commission. However, according to Brussels, the same investment is a stimulus to growth and employment which would lead to a 2% in 2050.

"The reduction of carbon emissions and stimulate investment in european solutions of clean energy of up to 300 billion euros per year", explained the Commissioner Arias Cañete. "And, in general, will help our economy grow, up to 2% of GDP by 2050", stressed the Spanish.

The EU provides, in addition to increase from 20% to 25% expenditure to actions related to climate change for the multiannual financial framework 2021-2027, while the European Parliament proposes to go beyond even the 30%.

But the impact will be not only economic, also social, since certain professionals will be noticeably affected. The energy transition must also be fair. The European Commission intends to address these issues through the European Social Fund and Globalisation Adjustment and calls on the member states to do the same.

But for the Commission, the strategy should be much more than a series of objectives, you must be a "vision" that addresses all european policies to ensure an energy transition just and a more sustainable and green economy.

Brussels also believed that this strategy must be the fruit of a democratic process. Calls on the european institutions -Council, Parliament, Committee of Regions and european Economic and Social Committee-, the actors, stakeholders and citizens to work to launch a discussion that will elucidate how can the EU make a fair contribution to meet the objectives of the Paris Agreement in the long term, and to achieve this transformation. The process should be completed before the summit on the future of Europe on the 9th of may of the next year in Sibiu, Romania.

"If we lead not, no one else will do ," said Commissioner Miguel Arias Cañete, "and if no one else acts, the climate change without restrictions will seriously affect Europe, as all the others."