The Danish team misses the runner

There were three maps to determine who would advance to the finals at the ICE Challenge in London on Wednesday afternoon. The Danish team MAD Lions was for th 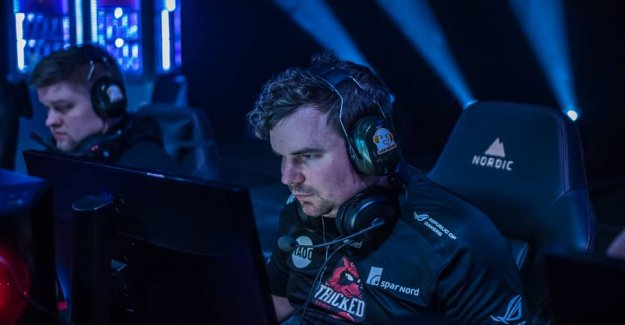 There were three maps to determine who would advance to the finals at the ICE Challenge in London on Wednesday afternoon.

Although the danes came heavily from the start of the Vertigo with a victory at 16-13, then came the team quickly down on the ground again, as mousesports on Dust2 shut up for the pace. 16-4 sounded the onslaught, and so should things be decided on Nuke.

Here was the FOOD Lions behind 6-9, when the team came over on the CT side, and with four rounds in the dash turned the picture. But just a little, it helped. Mousesports David ’frozen’ Čerňanský decided to take matters into their own hands, and the only 17-year-old slovak made greatly life miserable for the FOOD the Lions with 28 kills in all.

With a defeat at 12-16 ended FOOD Lions ICE Challenge, thus, in the semi-final, and it irks the team's captain, Nicolai, ’the DOG’ Petersen.

- It is so hard to lose so close to a semi-final. But if we are to be realistic, so is mousesports in good shape – so in terms of impact, we need to be proud, but the semi final was our, say ’DOG’.

the FOOD Lions are now number 16 on the world rankings, but with good performance the last half year and an upcoming IEM Katowice, so there might not be long before the team is approaching the top 10, predicts the captain.

- I think we are coming closer and closer. We need a little more time and the right timing, but we get it, we should probably hit the top 10 very soon.