prime minister of Sweden, Stefan Löfven, calls for full transparency in the investigation of the plane crash in Iran on Wednesday morning, where 176 people were 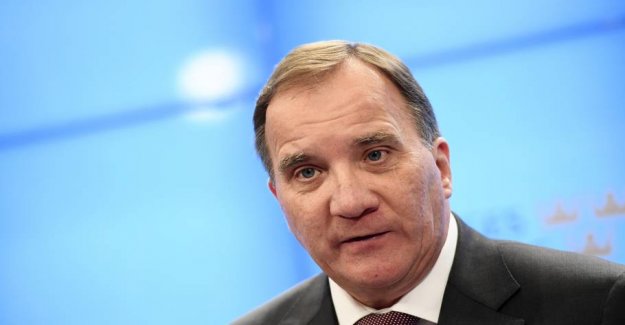 prime minister of Sweden, Stefan Löfven, calls for full transparency in the investigation of the plane crash in Iran on Wednesday morning, where 176 people were killed, including at least ten swedes.

It writes Stefan Löfven in an email to the Swedish news agency TT.

Löfven announces that he Thursday was in contact with the prime minister of Canada, Justin Trudeau, and they agreed that all countries concerned should be included in the investigation.

- We agreed that the need is increasing for a swift, full and transparent investigation, he says to TT.

at Least ten swedes were among the 176 people who were killed when a Ukrainian passenger plane crashed near Tehran. In addition, dead 63 canadian nationals.

Justin Trudeau said Thursday night local time that the plane was shot down by an iranian missile.

Iran rejects all reports that it was an iranian missile.

- All of these reports is psychological warfare against Tehran, said spokesman Ali Rabiei, according to news agency Reuters.

Also, the uk prime minister, Boris Johnson, said Thursday that all the evidence is that it was an iranian missile that hit the passenger plane.

Iran gave in the first place, not the aircraft manufacturer behind the crashed plane, Boeing, access to the study, which otherwise is customary.

on Thursday evening opened the country's authorities have yet to invite experts from all the countries concerned, as well as Boeing to Iran to investigate the crash.