the Country that gave us the term flyskam, closing their offices in Denmark and Norway - they will instead rely on chinese and american tourists. Sweden's of 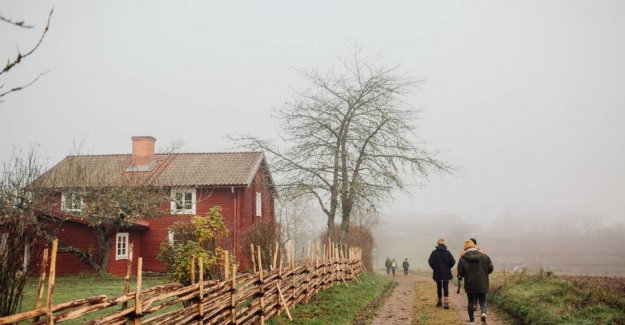 the Country that gave us the term flyskam, closing their offices in Denmark and Norway - they will instead rely on chinese and american tourists.

Sweden's official tourism organisation, Visit Sweden, is now in the process of phasing out their activities in Denmark and Norway, so Visit Sweden can put more effort in to attract tourists from other countries.

- It is a very sad message to our renowned colleagues in Oslo and Copenhagen, but we had to take a strategic choice. Our employees in Norway and Denmark has built up these markets, and increased their interest in visiting Sweden, and we really appreciate the effort, says Ewa Lagerqvist, ceo of Visit Sweden, in a press release.

See also: Want the tourists out of the inner city of Copenhagen

According to Visit Sweden, there are many people around the world that want to be on holiday in the country.

China, France, India and the Netherlands also have a greater potential than Denmark and Norway. Therefore, it is now these countries, who Visit Sweden will be focusing their marketing to.

- from a sustainable perspective it is important that tourism from the local markets continue to develop, but right now Visit Sweden doesn't have the resources for national marketing there. We are working with a long-term growth for Sweden through the selected markets, where we will catch the big groups of travelers, as we are going to travel in the future, and who are curious about Sweden as a sustainable and equal country, says Ewa Lagerqvist.

Visit Sweden continues to support the Swedish destinations, which will market in Norway and Denmark, with data and analysis on the Norwegian and Danish travellers.