Supporting parties warns against the halving of the national Police

There is a consensus that the national Police has grown too large. But even a halving, as prime minister, Mette Frederiksen (S) proposing sounds quite violently 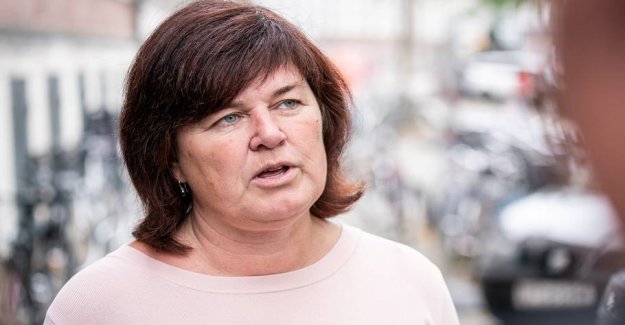 There is a consensus that the national Police has grown too large. But even a halving, as prime minister, Mette Frederiksen (S) proposing sounds quite violently.

It is the widespread perception among the socialist government's supporting parties, according to Mette Frederiksen in London and unveils its plans to remove nearly 900 full-time employees of the national Police. It should among other things be done to strengthen the close police.

At SF is spokesman Karina Lorentzen Dehnhardt as a starting point to agree that it makes sense to cut from the national Police.

- We are busy to strengthen the close police. I think we have underestimated how much it means to people, that there is a local police station, and that there are operation in the. We have overruled, that the perceived security also means something.

- When it is said, it sounds violent, that one puts up to the halving. I'm curious as to whether there is an analysis behind it, and whether you can do it without completely smash some of the very important functions of the police.

- There are many specialties in forensics, cybercrime, prevention, and in it, she says.

Karina Lorentzen Dehnhardt find it problematic if working with these elements is weakened.

Mette Frederiksen's plan to ensure that there will be more employees out in the country's police districts.

in Addition, the establishment of 20 new nærpolitistationer, ten on each side of the great belt.

- But I am very skeptical as to whether it should come by halving the Police, she says.

Rosa Lund does not believe that one can just take a person out from the national Police and let the person act community policing on the island or on Nørrebro in Copenhagen.

- Real community policing is the police that are present. Which are the same cops who are there every day, which is to come in contact with, but which can also make it relational policing, she says.

Also The People's spokesman, Kristian Hegaard, is skeptical of the government's plan to halve the national Police.