Skaarup has shown forgot what he voted in 2003

In a post in this newspaper on 28. October claims Peter Skaarup, to the world's meanest man is now dead. - This with the reference to Abu Bakr al-Baghdadi, t 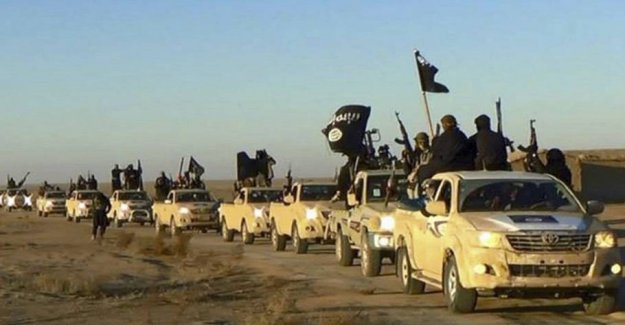 In a post in this newspaper on 28. October claims Peter Skaarup, to the world's meanest man is now dead.

- This with the reference to Abu Bakr al-Baghdadi, the leader of the Islamic State (IS), have been detected in Syria by us special forces and killed.

See also: IS looks like right now, a parenthesis in the history of the world, but ...

- I will not make me wise on whether al-Baghdadi had earned the right to this title – that the world's cruelest man.

- in my opinion, could be a couple of other make him rivalling, f.ex. The current US president, North korea's dictator, and Russia's president, Vladimir Putin.

so begins Peter M has a post about the Islamic State and the Danish people's Party. Ken has previously served debate-treats as Troels will give Støjbjerg a lesson in fear and respect: 90 percent are muslims (321 comments) and We are running rich here in Denmark: Embarrassing we don't give more to Africa (481 comments) and now he wants to remind people of what happened back in 2003. His letter continues thus:

I share Peter Skaarups the hope that the world can be a better and safer place for ourselves, our children and grandchildren without this fanatical and menneskeforagtende monster – the former head of ICE. But let it now lie.

- What I find more interesting, is the following statement from Skaarup: 'Why terrororganisationens appearance was that Iraq was caught in a sectarian and political turmoil, while Syria was hit by an unfortunate and irresolvable civil war, which opened that the Islamic State could move in and conquer large areas in the two countries.'

- I think, that he something easy going back to the above statements based on how ICE cream originated.

- therefore, I would encourage him to think thoroughly about and go, a good sixteen years back in time. I am convinced that this will be possible for him, as he already in 2003 was an influential member of the Folketing for the Danish people's Party.

- This created a power vacuum that paved the way for the current shia dominated government, and IS formed as consisting of sunni muslims, who had supported Saddam Hussein.

- The u.s. military operation had the whole-hearted support from the then CONSERVATIVE government, under the leadership of Anders Fogh Rasmussen, who brought the necessary number of mandates from – guess who – yes, that's right! The Danish People's Party!

- A decision that at the time and since then has been heavily criticised. Denmark was not in recent times gone into an armed conflict with such a flimsy political majority behind the decision.

- It can be debated whether Iraq before 2003, under Saddam Hussein's dictatorship was a worse place than after the invasion, and the discussion takes I like. But it is not relevant anymore.

- The most important thing is to establish why the world today still is threatened by a militant, menneskefjendsk and murderous organization by the name Islamic State. And there, I believe that the Danish people's Party should acknowledge its responsibility.

- What I find worrying is that the Skaarup after this lenient dealings with the historical facts to take this opportunity to once again sing the Danish people's party, familiar tune – that we must limit immigration of muslims.

Again miss he – or crowding out – that the vast majority of those in the Denmark resident muslims are well integrated, have a paid job or are self-employed, pay their taxes and contributing to the community.

- There are a minority who organize themselves in gangs as f.ex. The LTF and is deeply antisocial. The same can be said about the minority of ethnic danes, who organised themselves in groups such as the Hells Angels, Bandidos, etc.

I need not ask Skaarup, what he will do about the problem, but any solutions from him will of course be welcome.

- taken out once again a picture of a Denmark that is about to succumb as a result of a predominance of 'uintegrerbare immigrants from the Middle east' (as Skaarup writes), which lumps together in ghetto-type residential areas and threaten community cohesion.

- I will refer to a post in the Berlingske tidende, the 29. October written by Hans Lassen, ph.d., from the consulting firm Sisyphus.

- With reference to a recent medborgerskabsundersøgelse from the ministry of Integration, it is concluded that non-western immigrants are more jobmotiverede than ethnic danes.

- Which accounted for the category of non-western immigrants and descendants 511.625 persons, i.e. barely 9% of the population.

- Acc. the same study, the group of non-western immigrants and descendants, in particular their origin in nine countries, namely Turkey, Syria, Iraq, Lebanon, Pakistan, Bosnia, Iran, Somalia and Afghanistan – all countries with a population almost exclusively composed of muslims.

- One must assume that the people included in the sample, which has formed the basis for medborgerskabsundersøgelsen, is representative of the total group of non-western immigrants and descendants. Which means that these muslim immigrants and their descendants actually are very keen to integrate – that will Denmark.

- This is important, for it may help to refine the simplified picture of the muslims, which Skaarup account in his post – and with him several other politicians on the right wing.

Let me therefore end by calling on the Skaarup and his soulmates to cease to dig the ditches deeper than they already are.

- I agree that there should be shown zero tolerance for both actual and potential terrorists.

- But it should not be at the expense of a large population – our muslim fellow citizens – due to the islamfjendtlige rhetoric that unfortunately has become so common in Denmark, increasingly feel unwelcome, writes Zoe, but what are you thinking?