Simon Emil: We have a good news for Ellemann

There is no reason to fear, that the party Forward will lead to stemmespild in the blue block. that is How it sounds from the party one founder Simon Emil Amm 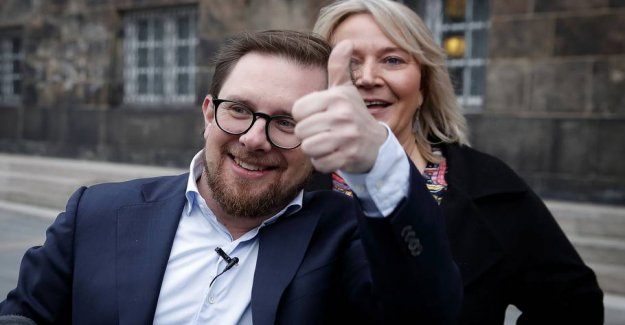 There is no reason to fear, that the party Forward will lead to stemmespild in the blue block.

that is How it sounds from the party one founder Simon Emil Ammitzbøll-Beetle, after both the conservatives and the DF has expressed a fear that the Forward will be a drag on the borgerliges efforts to win the next election.

instead, he believes that the party will be for the benefit of V-chairman Jakob Ellemann-Jensen's statsministerdrømme.

- There is a greater risk that the parties, recalling each other, end up in the stemmespild, than the lot that stands out. I think that Forward is a real good news for Jakob Ellemann and the Left, because we in the greater degree will be able to pull votes across the centre than the other parties, says Ammitzbøll-Beetle to the Extra Blade.

See also: Fear in the blue block: 'Mette F. must be satisfied'

- There is now congestion in the bourgeois camp. Which puts your eligibility?

- In the conflict that has been between the more national, conservative and liberal, global, have some DF or New Civil to vote on, and the other has the other three parties. Now, the fact is that those who want the pure value-liberal thing, have a party to vote for. I think this really is very good.

- they Could not just vote radically?

- No, not if they at the same time, a bourgeois economic policy of lower taxes, less state, and if they are against too much regulation, and that you need to say yes to all of the details from the EU.

- You have previously formed a Civil Centre. What differs this time, to Forward become a success?