Simon Emil Ammitzbøll-Bille, the founder of the new party

The two previous profiles of the Liberal Alliance, Simon Emil Ammitzbøll-Beetle and Christina Egelund, now forms a new party with the name Forward. It writes 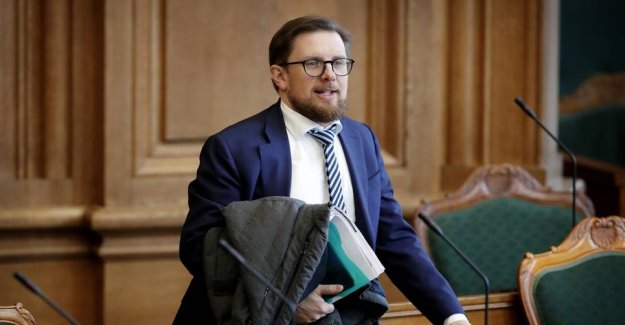 The two previous profiles of the Liberal Alliance, Simon Emil Ammitzbøll-Beetle and Christina Egelund, now forms a new party with the name Forward.

It happens as a consequence of what the two refers to as 'a civic slippery slope', where the symbolic udlændingestramninger have gone too far at the expense of legal certainty.

the Danes would like to have a tight immigration policy. We can understand that, and we are in favour of. What we are saying is, that it also must be characterized by fairness and legal certainty. It is the adjustment, we would like to we have, says the new party's president, Simon Emil Ammitzbøll-Beetle to Berlingske.

The two founders of the new party left three weeks ago Liberal Alliance, and it was among the political observers expected that Simon Emil Ammitzbøll-Beetle would create a new party.

the Party Forward will already from the foundation have a seat in the Parliament, when Simon Emil Ammitzbøll-Beetle obtained to be chosen for Liberal Alliance at the general election in June, writes Berlingske.

It is already now clear that the party is pointing at the Liberal party's president, Jakob Ellemann-Jensen, as prime minister following an election.

the Following will be the party's key issues:

A firm and fair immigration policy. To take the climate challenges seriously. A strong european voice. An economically competitive Denmark. Freedom of diversity.

Simon Emil Ammitzbøll-Beetle has in his political life been around a lot of manegen. Thus, Forward now the fourth party, of which the active politician is a member of.