Danish women living in a muslim marriages are often faced with major challenges if they want to dissolve their marriage. It shows a new study from The Nationa 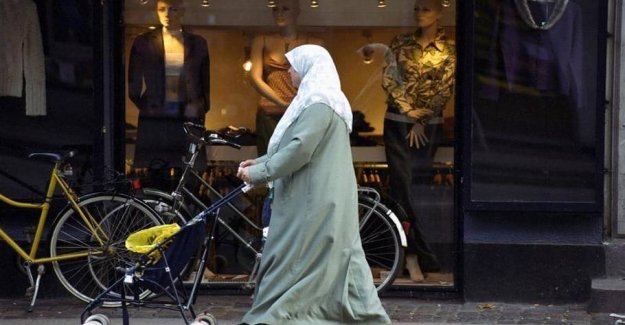 Danish women living in a muslim marriages are often faced with major challenges if they want to dissolve their marriage.

It shows a new study from The National Research and analysis centre for Welfare.

the Report has highlighted that more women experience that even though they have been divorced according to Danish law, the woman can still be considered as married to her husband.

the Reason is to be found in several environments there is an understanding that when one part of the muslim marriage, nikah, is the only man who can seek divorce and dissolve the marriage.

If the woman wants the divorce, but the husband does not, he can maintain the woman in the marriage, says the study.

the Report shows that several of the retaining women seek out imams for help to get out of their marriage, but that these rarely help, because they do not want to go into in a divorce.

In muslim countries, a judge may dissolve the muslim marriage, but it is not something we have in Denmark.

Foreigners, integration, Mattias Tesfaye has, in a press release stated that he is appalled by the report.

'The report is appalling. We live in the year 2020. Not in the middle ages. The oppressed women need to know their rights. They decide for themselves whether they want the divorce. And it is not enough with several colorful pamphlets. Professionals to be closer to the families. Violent husbands are to label the authorities in the neck. We will not accept social control,' says.

Also minister Mogens Jensen has decided in connection with the new report.

'the Stories of women who, against their will, caught in a marriage, because their right to equal access to divorce are not recognised by the family or community, does not belong in Denmark. We must do what we can to educate both women and men about women's right to divorce. The individual woman's freedom to decide over own body and own life should never be limited by either the culture, traditions or religion.'

How has the study been to

the Study is based on a total of 85 interviews, including of ethnic minority women who have been through a divorce as well as of professionals and islamic authorities. The study builds on the knowledge from the report ”Parallel adopted legal opinions whose in Denmark”, which was released from the National centre for well being (before the SFI) in 2011.The study is qualitative and identifies not to the extent of women who have problems with to be divorced. There are no figures available for how many couples there are married religiously and not married legally or not have got the marriage registered.