Scores big job in the DR

the DR has hired Anette Kokholm as a new radiochef from 1. march. this was stated by The DR in a press release. Anette Kokholm has broad experience from the 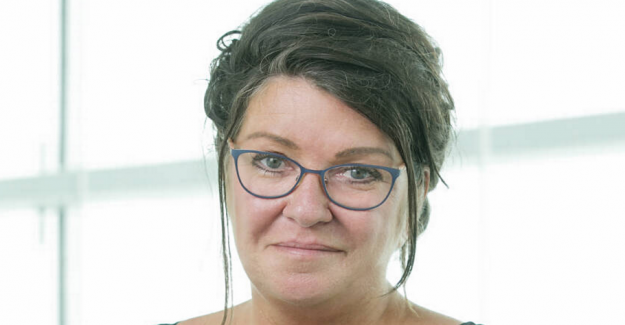 the DR has hired Anette Kokholm as a new radiochef from 1. march.

this was stated by The DR in a press release.

Anette Kokholm has broad experience from the media industry. Recently, she has been udgiverredaktør at mediehuset Aller, where she among other things had a focus on the digital conversion.

Just the experience, Anette Kokholm for good in her new work, when the radio like the rest of the DR is in a transition.

It tells Henriette Marienlund, there are media executive, DR.

- There must be both strong content on the canals, that flow out of the radiohøjttalerne, and continue to develop more new digital radio and musiktilbud.

- Here there is a need for a sharp focus on strategy and direction. With its heavy management experience from the media industry is Anette Kokholm the right to record, says Henriette Marienlund in the press release.

Anette Kokholm replaces the previous radiochef Gustav Lützhøft, who has been senior editor in the DR Culture, Children and Young people.

See also: Sara Bridge in a bikini-enough with the bold image

According to DR listen nine out of ten danes each week for the radio channels - from classical music on the P2 to should receive additional emergency funding on P1, and youth programs on the P3.

at the same time, there is a marked increase in podcastlytningen - 2019 listened to 24 per cent of the danes to the podcast every week, while the figure was 18 percent the year before.

Together with the appointment of the new radiochef have DR constituted with Nicholas Vitting Hermann as the new cutting head on the tv area. It happens after Emma Kronqvists departure as the tv boss in January.

The new tv chefs task is to ensure the coherence and strength of the big bets across tv, radio and digital.