Scandalous refusal: Basims wife must not come to Denmark

- We are a family of 4 persons. 3 of the 4 are Danish, while my wife is iraker. Our children are 3 and 4 years old. - We sought a visa for a family visit and 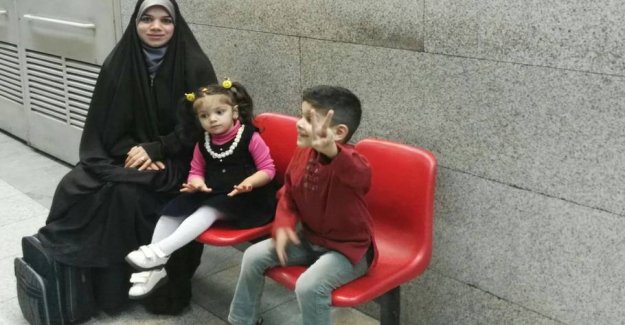 - We sought a visa for a family visit and my wife got refusal. We searched again family reunion and we got the refusal.

- I can retrieve my small children to Denmark, but they are too small to come with me alone, because they are dependent on their mother.

- I and my children are Danish, and the state is violating my right to I and my family will be united.

- It is clear violation and clear oppression from a powerful state against its citizens and against the people!

so begins Basim M a good for the nation! on the in his eyes the very unfair treatment, the Danish state exposes him and his wife and two small children. Basim has lived in Denmark since 1992 and is trained as a civil engineer. He has worked in Denmark for 14 years in a row, until he became ill. Therefore, he is førtidspensionist today. His letter - which he hopes you will share with as many possible, so that there can be focus on the family's problem - continues namely as follows:

- I worked hard and served the country and paid taxes and have no offences committed since I came to Denmark.

- What the state will do me no harm? Why would the state insist that depriving me, my wife and my small children?

- Why the state will Not give me my right that I will be united with my family?

I suffer from depression and PTSD, which has become much worse due to the refusal of my wife.

I have lived alone for many years, and my children are growing up without me.....due to the state's inhumane act and the requirements, which prevents me, my wife and children were reunited.

Denmark is my country and I have earned the country more than half of my life.

- I have a passport and I and my children are citizens.

- Why does the state respect the not the citizenship and the passport.

- Should the state interfere in what the wives, who can come and what wives can not come?

- Must I be separated from my wife and throw my children out, because they do Not complete the state's unjust demands?

- My wife is my wife and will Not be changed after any needs. People have different competencies and skills.

- What a kind of discrimination!