In a call from the approximately 11,500 researchers, who warn against climate change, has crept more errors. Now it turns out that both Mickey Mouse and headmas 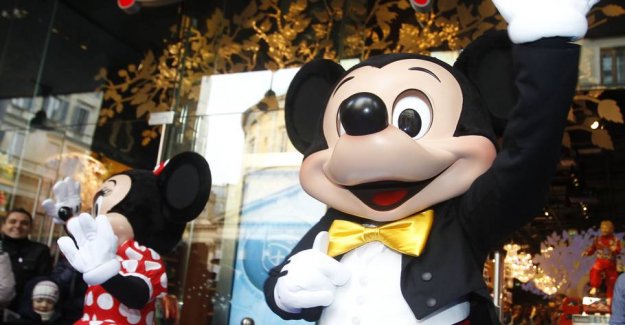 In a call from the approximately 11,500 researchers, who warn against climate change, has crept more errors. Now it turns out that both Mickey Mouse and headmaster Dumbledore from Harry potter are among the many signatories.

the Problem is that none of them is living beings, but the fictional character. Mickey Mouse is a famous Disney character, while Harry comes from Harry Potter books.

It is due to the the petition was also open, after it had been published.

in Addition to Mickey Mouse and Harry Potter, there were also a number of invented names.

the Headmaster Albus Dumbledore has also written under the environment opråbet together with more than 11,000 other scientists. (Photo: Polfoto)

the SVT has visited William Ripple, one of the authors of the climate-opråbet. In an email to the canadian media, he writes, that they went through the list before publishing, but that may have crept error in the listing.

In a notice on the responsible researchers ' website, it says that an administrative error behind the problem.

'In relation to the large number of people backed up around the here important declaration, has an administrative error unfortunately slipped a number of erroneous names on the list. They are taken up. The importance of the support from the research community is unchanged. We have at the time of writing taken 34 names away from the original list. Several of them were duplicates.'