Zealand's new member of parliament and deputy to the Henrik Sass Larsen named Tanja Larsson. But she was not given longer notice than the rest of the populatio 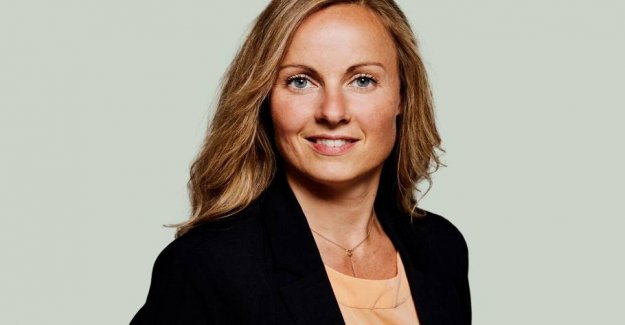 Zealand's new member of parliament and deputy to the Henrik Sass Larsen named Tanja Larsson. But she was not given longer notice than the rest of the population that she now must sit in parliament since Sass is now the chief lobbyist for private equity funds in Denmark.

Larsson was therefore something of a surprise when it was suddenly announced that Henrik Sass Larsen is leaving the Danish Parliament.

– I had absolutely nothing heard before seven o'clock, minutes at 12 today (Wednesday, red.).

– I was called by Jan Juul, our party secretary, who had just been told that there would be a press release out. Then I thought 'hold up', she says.

the press Release about the Sass’ departure was released at 12 o'clock.

Tanja Larsson, who sits in the Faxe council, has not previously been elected to Parliament.

She welcomes the wind on Henrik Sass Larsen is over.

– It is smaddergodt, he has got a job. In itself has helped to write about a very omsust period. I think it will be good for all, that there comes a little peace.

– I have no idea what I should say to his new job. I know it's simply not, before you said it to me now, says Tanja Larsson.

She will be particularly big for the rural areas as the elected. Tanja Larsson leaves his byrådspost, as the Social democrats do not allow dobbeltmandater.