Sarah got the pancakes - why was Amalie cheated

Thursday was the 30-year-old boxer and the history of the world Sarah Mahfoud hailed with rådhuspandekager at the Copenhagen city Hall. But it is far from all 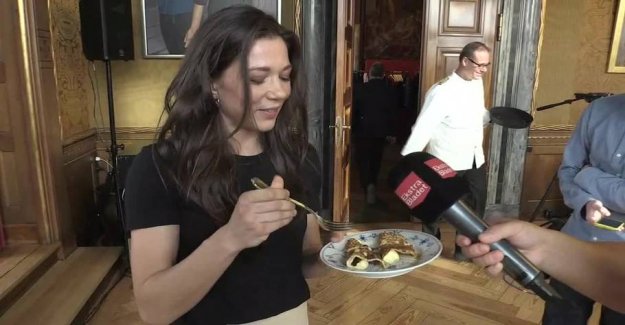 Thursday was the 30-year-old boxer and the history of the world Sarah Mahfoud hailed with rådhuspandekager at the Copenhagen city Hall.

But it is far from all, who are just as lucky as Sarah and gets to be celebrated with rådhuspandekager.

Precisely what created the shake-up and led to great debate, since the cyclist Mads Pedersen after his stunning WORLD title, was allowed to come into the city Hall and eat the famous pancakes.

It was the female world champion in the road race from 2016, Amalie Dideriksen, not allowed to. Now reveal the Copenhagen lord mayor, Frank Jensen, what is the criteria for a Danish athlete will be hailed at city hall with pancakes.

- It is a tradition, when someone has won the gold, that you can come and eat rådhuspandekager, if you even want it. We have the principle that they must turn. Now, we are so fortunate that we have social media, where it most of the time, says Copenhagen's lord mayor to Ekstra Bladet.


Missing comments
And just the lack of communication from the Danish Cycling Union (DCU) was the reason for a tribute to Amalie Dideriksen in 2016, did not materialize. It is something that irks Frank Jensen to this day.

- I would really like to have seen Amalie Dideriksen here, for she is also a really nice world champion. At the time, however, there was no contact from neither Amalie itself or from cykelunionen. And that is basically the difference.

- As Mads Pedersen became world champion, just then came an inquiry, as they would like to have, that he was hailed. So it requires a little effort also. It is an offer we give, you just need to even turn.

The famous rådhuspandekager. Photo: Aleksander Klug
Sarah Mahfoud was touched, as she was hailed at the Copenhagen city Hall. Photo: Aleksander Klug
Amalie Dideriksen when she became world champion in road cycling in 2016. Photo: Ibrahem Alomari/Ritzau Scanpix
No Kessler-tribute
Amalie Dideriksen is, however, far from being the only Danish world champion, not have been allowed to enjoy the benefits of the infamous rådhuspandekager.

not perhaps the biggest star in Danish boxing champion Mikkel Kessler, was allowed to taste the sweets at the Copenhagen city Hall. The explanation for this is also simple.

- the Rule also applies to Mikkel Kessler. I have paid tribute to him in many contexts and was over and clapping along with him as he was inducted into the sport's Hall of Fame. Mikkel Kessler is just a great athlete, but no, it was not a mistake, that he had rådhuspandekager, says Frank Jensen in cash.

Extra Magazine has previously written about Amalie Dideriksens lack of invitation to eat pancakes at the Copenhagen city Hall. A message from the DCU sounded, however, at the time, that they had not received an invitation.

in turn told DCU, they got an inquiry, as Mads Pedersen became world champion.

- It is us who receive the invitation from the town hall regarding Mads, explained the media responsible Morten Anderson of the DCU, and elaborated:

- I can't imagine that there has been an invitation to Amalie, as we so not have said yes to. It had then been in his place, that she had also been invited over, sounded it in the autumn from the Morten Anderson.

the city Hall of Copenhagen has through the years put the house to a series of tributes to the Danish athletes. On the list include, among other europamestrene in football from the 1992 and the men's world champions in handball last year.

See also: Cort reached it: - Now I shall have pancakes