Riis and frank and honest interview: - Throw me in jail if I fail again

Bjarne Riis's comeback as a teammanager at the highest level in the sport has especially abroad, led to pronounced skepticism and criticism that he, in spite o 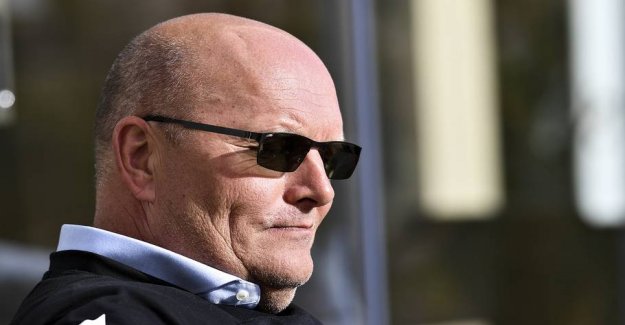 Bjarne Riis's comeback as a teammanager at the highest level in the sport has especially abroad, led to pronounced skepticism and criticism that he, in spite of its dopingfortid can work in the sport.

It depends, of course, on a fear that the experienced teammanager will utilize his experience with banned substances and methods in a time where the fight against doping has never been more intense.

this Fear, however unfounded, the insurer Said in an interview with a group of journalists at the Tour Down Under in Australia. Ekstra Bladet has got a transcript of the hour-long interview, where, among other Stephen farrand's from Cyclingnews and Andrew Hood from Velonews sat down with at the table.

- Can I escape my past? No! I have learned from the past? Absolutely! The sport do not need all that crap from the past, cycling is doing excellent without it, says Riis.

- I would not spend one second on the sport, if I felt that we did something wrong, says Riis in the interview, which took place on Thursday this week.

- I would never, ever do. If something happens (if a doping case arises, eds.), so I know, where it strikes: Me!

- I know that I will make it right. I will never ever commit the mistake again. I know. And if I fail, then throw me in jail. Law me, " says Riis.

Bjarne Riis has in his first days as a teammanager at the NTT Pro Cycling had to relate to many concerns and widespread scepticism about his comeback to cycling's highest level. Photo: Ernst van Norde.

Riis recognises that doping is eradicated in the sport, but he recalls about the great work that has been done in antidopingarbejdet in recent years. He also recalls that it was he who in 2007 introduced the precursor to the biological passport on his team at his own expense.

700.000 euros - approximately five million dollars - he claims to have spent on that stack of internal doping controls at the legs of his team, which is then called Team CSC. Soon took over the international cykleunion UCI the idea and continued it as the ABP - ‘athlete biological passport’.

Much has been done, and why we are where we are today. There is still doping cases, but doping is not a huge problem now, says Riis.

- If you really know me, then you know that I have been through a lot. I have made mistakes, I have admitted it, and I have said sorry. And I say like sorry again, if it is necessary, says Riis.

The Danish teammanager understand very well that there are some who have suspicions and are skeptical. It is due to cycling's history, but if people really knew him, they would not doubt that he will only sport the best, he says.

- I've seen the criticism. Does it hurt? Of course, I'm only human, says Riis.

- I wish I could invite my critics on the a cup of coffee or a glass of wine, so they could understand what I do and who I am.

- Whether they can rely on me, must be up to them. They have decided, what I'm in for a so I can enough not to make it, but let us speak together, and then I tell about my life, says Riis and lets understand that everything in his life would be turned upside down, if a doping incident hitting his new team.

- It would ruin the sport, it would destroy me and my family. It (doping, red.) is not a world I want to be a part of.

- I have seen the price you will pay, says Riis.

See also: - They gonna get love to feel

Will cykeltoppen take good care of Bjarne Riis as the new co-owner of NTT or had you rather been him addition? Michael Rasmussen, judge. Producer: Lasse Brøndal