Members of a far right group in Tysland, who was arrested on Friday during a comprehensive anti-terrorism action, had plans to commit skudmassakrer in the mosqu 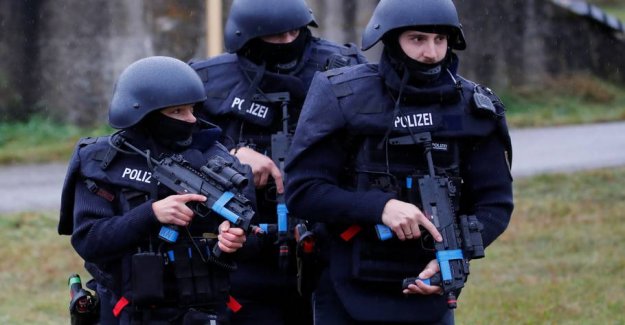 Members of a far right group in Tysland, who was arrested on Friday during a comprehensive anti-terrorism action, had plans to commit skudmassakrer in the mosques.

The planned attack, which would be similar to the attacks in Christchurch in New Zealand last year. It writes Der Spiegel and the newspaper Bild.

In Christchurch was 51 people killed by masseskyderi in the two mosques. A total of 12 people were arrested during the police action.

the Group would use the semi-automatic weapons at the time of the planned attack.

The suspected leader of the group, which is known by the authorities, and which had been under observation, had reviewed the plans in detail to his co-conspirators at a meeting last week, reports Der Spiegel.

Police investigators became aware of the plans from a person who had infiltrated the group, writes in both Der Spiegel and the Bild on Sunday.

the Police action, which included searches, was put in motion in order to clarify whether the group had already obtained weapons and other equipment for the planned attack.

According to the prosecution made four of those arrested, as the charges refers to as 'a terrorist', in september last year. They have regularly held meetings and contacted each other by telephone and on the web.

The 12 suspects include a police officer, having previously been suspended from service on the grounds of suspicion that he had links to the far right.

The 12 suspects were arrested in six different länder.

The German government stepped up last year in the fight against political violence from right-wing groups. The effort came after a period of several hate crimes.

Among other things, was the christian democrat politician Walter Lübcke, which was engaged in refugee issues, was killed in June. In October, Germany was shaken by an attack against a synagogue in the city of Halle, where two people were killed.