Galleries Videos CONTACT ADVERTISE
Girne 15°
few clouds
BUSINESS EDUCATION ENTERTAINMENT HEALTH POLITICS SCIENCE SPORTS TECHNOLOGY
15:40 Babbitt Alloy; an Efficient Bearing Surface
08:11 Stick it to “The Man” at the Zero Trust Security Summit
04:37 What to Consider When Starting Your Own Business
10:17 Clover POS System for Dental Offices
06:14 How Mobile Technology is Revolutionizing the World of Poker
20:31 The Importance of Banks in Our Lives
05:46 Things to Consider When Hiring a Criminal Defense Lawyer
09:15 Couple T-shirts are ideal for spicing up relationships
09:01 Laser Tattoo Removal and Its Amazing Benefits
07:58 Consolidate your medical bills with a debt consolidation
BIST
118751
GOLD
314.239
USD
6.0865
GPB
7.8556
EUR
6.5638
Breaking News
Why Go for Physical Therapy and How to Find the Best Therapist
Close

The top political leader in China's virusramte province of Hubei have been removed from the post. It writes the state news agency Xinhua on Thursday, accordi 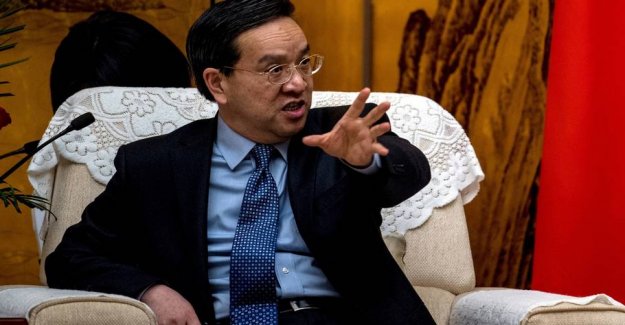 The top political leader in China's virusramte province of Hubei have been removed from the post.

It writes the state news agency Xinhua on Thursday, according to AFP news agency.

Jiang Chaoliang, who had the title of party secretary of Hubei, will be replaced by Shanghai's mayor, Ying Yong. Xinhua brings no explanation for the replacement.

Also, the head of the communist party of Hubeis largest city, Wuhan, have been exempted from service.

This writes the newspaper Global Times, according to Reuters. Global Times is often referred to as a mouthpiece for the regime in Beijing.

The new virus, which is responsible for over 1350 deaths in China, is believed to come from a food market in the provincial capital Wuhan.