Kristian Jensen has been deprived of all the rapporteurships and is no longer a member of any folketingsudvalg. It happens after he to the Danish newspaper Jy 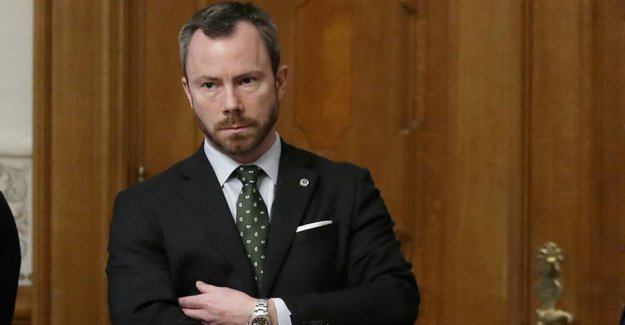 Kristian Jensen has been deprived of all the rapporteurships and is no longer a member of any folketingsudvalg.

It happens after he to the Danish newspaper Jyllands-Posten on Saturday said a wish for an agreement on the reforms across the middle along with the Radical Left and the Social democrats.

It was far from favorably received by the Liberal party's president, Jakob Ellemann-Jensen, who now has a crackdown on the party's former vice-president.

- Ellemann selected nearest to execute Kristian Jensen in public. It was a very brutal punishment. You would think that the offence was quite serious, but I don't think it was, says Henrik Qvortrup.

Kristian Jensen is not the only one in the Left, who have expressed the desire for greater collaboration across the middle, but Henrik Qvortrup points out that it is Kristian Jensen's sololøb now costing him dearly.

- What seems to have turned on him (Jakob Ellemann-Jensen, red.) full of, is that Kristian Jensen not in advance have spoken with the Liberal leadership. It seems to me just, that the punishment is totally disproportionate with the offence committed, says Henrik Qvortrup.

When Jacob Ellemann-Jensen took over as president in the Left, he made it his stated goal to create peace in the party, but developments over the weekend have only put even a thick line under the chaos that is going on in the Left, believe Qvortrup.

- It does not work for Jakob Ellemann has very much track of things, and I believe, that there is some Left-people and thinking 'what is happening right here'?, says Henrik Qvortrup, who also call the current situation in the Left of the 'completely mad'.