Galleries Videos CONTACT ADVERTISE
Famagusta 17°
light rain
BUSINESS EDUCATION ENTERTAINMENT HEALTH POLITICS SCIENCE SPORTS TECHNOLOGY
10:58 Kratom Tea: How Is It?
11:46 Office Furniture Products for you!
12:17 Top Clubs, Their Value, Revenue And Current Standings
11:14 Reasons Why Rewarding Yourself is a Good Practice
10:56 What Egypt Has to Offer for US Travelers
12:48 How to Maximize Compensation in Your Personal Injury Case
12:28 How To Use a CBD Vape Pen for Anxiety
05:28 Second-Hand Vaping Is Harmless
05:15 Guide to Vaping and CBD Flower for Beginners
14:55 COVID-19 Recovered Ronaldo and Zlatan outshining everyone in Serie A
BIST
1334
GOLD
460.000
USD
7.8797
GPB
10.5398
EUR
9.3832
Breaking News
Tips & Trick To Buying Jewelry Items Without Spending Much
Close

the Prime minister of Lesotho Thomas Thabane will be on Friday charged with the murder of his ex-wife. It says police commissioner Paseka Mokete Thursday, accor 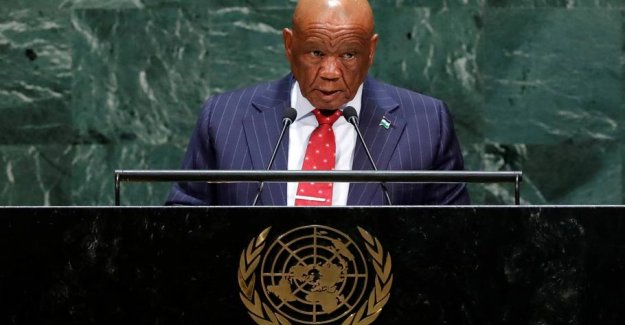 the Prime minister of Lesotho Thomas Thabane will be on Friday charged with the murder of his ex-wife. It says police commissioner Paseka Mokete Thursday, according to news agency Reuters.

the prime minister will be charged with the killing. The police is preparing directives, and he is probably charged in the morning, says Paseka Mokete according to Reuters.

Only two days before Thomas Thabane had to be inserted as prime minister, in his second term, was Lipolelo Thabane shot and killed in an ambush in front of his home.

the prime minister and the Lipolelo Thabane was at that time in the midst of a bitter divorce.

Thomas Thabane described at the time of the murder as 'senseless killings', committed by unknown perpetrators. A murder, now he himself is accused of having taken part in.

In the beginning of January came new details about the case, as a letter written by the country's police chief addressed to Thomas Thabane cast doubt on whether the prime minister was involved in the murder. The doubt has now resulted in a murder allegation.