Yildiz Akdogan, who, in two stages, has been sitting in the Danish Parliament for the Social democrats, has decided to withdraw as folketingskandidat and take a 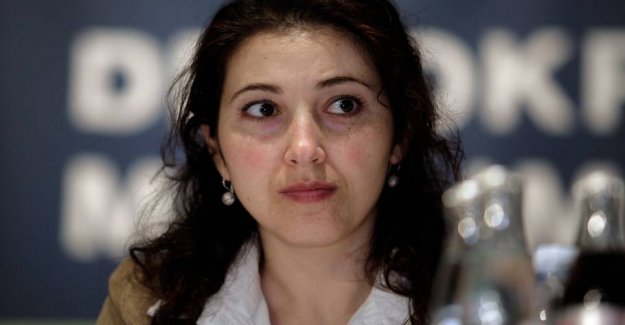 Yildiz Akdogan, who, in two stages, has been sitting in the Danish Parliament for the Social democrats, has decided to withdraw as folketingskandidat and take a break from politics.

The new year starts with a big decision, for my part, she starts.

- After nearly 15 years as folketingskandidat for Brønshøj-Vanløse-the circle in Copenhagen, I have chosen to withdraw my candidacy. It has not been an easy decision, but it was a necessary decision.

She believes that it is best for both the circle and her self, that they are not "wears unnecessarily on each other".

- You can't always agree on everything - and therefore shies I now my place, so both sides can get a new start with new opportunities, she writes.

Yidiz Akdogan got in may 2018 deprived of its only ordførerskab - psychiatry. In elections in years, she had not obtained the re-election.

Akdogan has earlier been in focus for not wanting to support the party line, in a case of kvoteflygtninge.

She was among a handful of socialists and democrats, who were away, when put to the vote on a bill which means that the sitting minister on immigration matters can decide whether Denmark should take kvoteflygtninge and how many.

Yildiz Akdogan was born in Turkey and came with his parents to Denmark, since they would be guest workers.

She has been one of the first women with an immigrant background in both the Social democrats and in Parliament.

the 46-year-old Akdogan was first elected in 2007 and was among other things, it-rapporteur for the Social democrats. At the elections four years later she had to leave the Parliament.

When the former socialist minister Karen Hækkerup left the Parliament in 2014, turned Yildiz Akdogan back. At the general election the year after, she was again elected.

See also: S-rebel got the message on firing in the fællesmail

She asked the first time to Parliament in 2001 but was not elected.

Privately, she is married to Jonas Holm. The couple have six-year-old daughter Ayda Sofia together.

She lives in Nørrebro.

She came in vogue on foreigners policy in January 2016, when she voted no to a number of udlændingestramninger in Folketingssalen along with three critical party members.

In december 2017 met with Yildiz Akdogan not up for a vote on the kvoteflygtninge with the same party members. A bill means that it will be the at any time a sitting minister in immigration matters that can decide whether Denmark should take kvoteflygtninge and how many.