President warns: stick to the law

the President of the House of commons, John Bercow, warns prime minister Boris Johnson to ignore the law by refusing to ask for a postponement of the brexit. 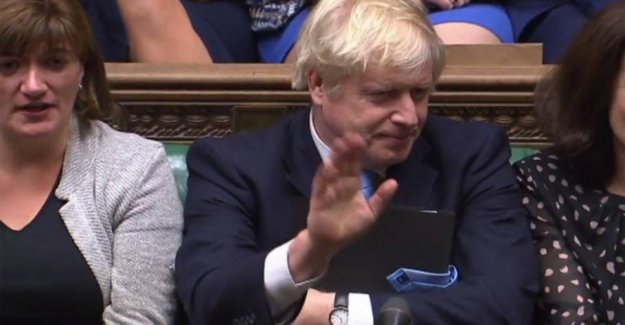 the President of the House of commons, John Bercow, warns prime minister Boris Johnson to ignore the law by refusing to ask for a postponement of the brexit.

Bercow says in a lecture to lawyers, that he is ready to be creative in order to thwart Johnson's plans. It reports, among other things, the BBC.

the european Parliament has defied earlier this month the government and adopted a law to prevent the Uk leaving the EU 31. October without an agreed divorce.

If the government does not have an agreement with the EU by 19. October, so should be according to the new law, ask the european UNION on the postponement of brexit.

Johnson has previously said that he is ready to pull Britain out of the EU without an agreement 31. October. Regardless of the new law.

- I would rather lie dead in a ditch than ask for a delay, he said last week.

- Not to comply with the law, it is in truth not a way to do it. Sentence, said Bercow, when he made his speech to the lawyers on Thursday.

- It would be the most terrible example to set for the rest of the society.

However, Johnson does not get its way, the stresses Bercow.

- If it requires additional procedural creativity to be able to get it (a postponement of brexit, red.) through, then it will with great certainty be done.

- the only form of The brexit, we will get - when it will happen then - will be a brexit, as the house of Commons explicitly backed up, he promises.