Popular DR-program gets the axe

If you are one of the many danes who faithfully follows in the programme 'Bonderøven', follows the Frank Erichsen and his dream to become self-sufficient, the 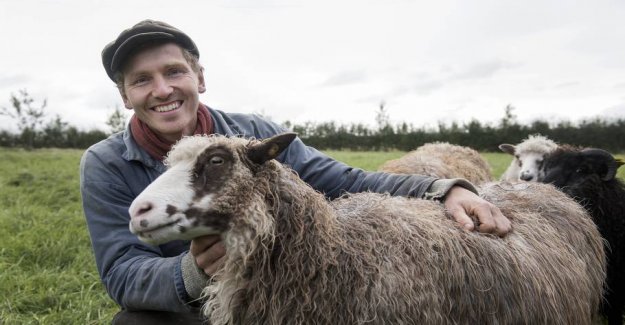 If you are one of the many danes who faithfully follows in the programme 'Bonderøven', follows the Frank Erichsen and his dream to become self-sufficient, there is bad news.

'Bonderøven' will become in the future a quarter of an hour shorter as a consequence of the savings in the DR.

this was stated by The DR in a press release.

The same is happening with the 'Hammer' and 'do you Know the type'. The latter has already been shortened by 15 minutes.

the Changes are occurring as part of the savings plan, as DR 2018, prepared on the basis of the politically agreed media buying, which ordered the DR to save.

See also: Now it's serious: Half as much 'Hammer'

the Savings has led to several applications are closed, including the 'without leaving a trace', others as 'Bonderøven' will be considerably shorter. At the same time, the DANISH radio has chosen to extend other programs.

part of the plan is also to TV news on DR1 from the new year is moved from the at 21.30 pm to 21. By moving the TV news disappears approximately 100 hours of primetime programs, and it does, there is now only the option programs, which lasts either an hour or half an hour.

According to the DR is the decision to shorten the programlængderne of certain program taken from the following assessment:

'an overall assessment of whether each program lends itself to be longer or shorter in proportion to the value, it is the goal that the viewers get of the program, development of program specific content and format, as well as what makes the most sense in the practical production of the program – it is decided, about the program in 2020 should last an hour or a half an hour', they write.

As the new host of 'the Hammer' get Tina Müller only half as much to make as its predecessor, Christian Degn. Photo: DR/Jamal Christensen

below you can see an overview of what programs are becoming longer and which are shorter.

the Changes on the DR

'Hammer' (available only in a season against the two former)

'Alone in the wilderness'

'the next furniture classic'

'In the house for the throat'

Ekstra Bladet has tried to get a comment from Frank Erichsen in connection with the cuts on the 'Bonderøven', but it has at the time of writing not been possible.