Police use new method: Now is the murder mystery solved after 47 years

On the day of the american holiday thanksgiving, 23. november in 1972, drove 11-year-old Terri Lynn Hollis around on his bike in the Los Angeles district of Tor 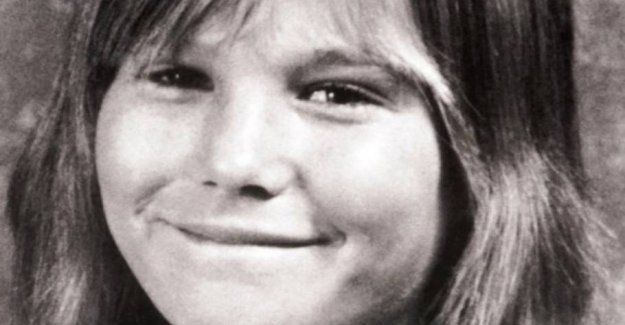 On the day of the american holiday thanksgiving, 23. november in 1972, drove 11-year-old Terri Lynn Hollis around on his bike in the Los Angeles district of Torrance, where she lived.

A day later was the young girl's body found on a deserted, rocky beach in Oxbard about 125 kilometers from his home.

Police investigations showed that Terri Lynn Hollis had been raped and strangled.

In nearly half a century, her family needed the answer to, who could find to take Terri from them.

It writes the Los Angeles Times.

Her brother, Randy Hollis, who was then 16 years old, tells that he remembers his sister every year at thanksgiving.


even Though he and his sister Tammy Hollis eventually had given up trying to put name and face on their sister's murderer, there was suddenly nothing for a couple of weeks ago, when he came home and was greeted by two officers in his driveway.

They told him, that now, after 47 years, had been found a suspect for the murder of Terri.

- It surprised me really after all this time. It arouses a lot of difficult memories, says Randy Hollis to the Los Angeles Times.

See also: 13-year-old takes car on the bottom of the lake: a 27-year-old mystery is now resolved

He and his sister Tammy Hollis are the only two, who today is left of the family of six. Wednesday sat at the police station in Torrance and listened with the police to the general public went in detail with their new discovery.

- This is what nightmares are made of, said Eve Irvine, who is chief of police in Torrance.

A piece of DNA, which at the time had been collected from the Terri Lynn Hollis body after her death, had been run together with a DNA sample from a gene-database of one of the suspect's relatives.

At a press conference in Torrance told police Wednesday on the new DNA evidence, which led them to the 11-year-old girl's now deceased murderer. Photo: Ritzau Scanpix

It led to the police now be able to identify the suspect as Jake Edward Brown. He died in 2003, but had while he was alive several times been arrested for robbery, possession of drugs and for two rapes that occurred after the Terri Lynn Hollis' death in april 1973 and april 1974.


The new DNA-matching method is the same, the police used to identify the 73-year-old Joseph James DeAngelo as suspected to be the notorious serial killer, who goes by the name 'Golden State Killer'.

Since Terri Lynn Hollis' death in 1972, police have been working with several theories, but around 2000 interviews and numerous tracks have not led to any suspects. In 1974 arrested the police well enough, as a man who it was believed had a connection to the murder of the 11-year-old girl, but the evidence pointed in a different direction.

In 2018, led a match in the genetic database the police to Arizona, where Jake Edward Brown is buried. His corpse was dug up, and with the new DNA samples they managed to identify him as Terri Lynn Hollis' murderer.

In connection with the news had Randy Hollis, who has taken the role as the family's spokesperson, in a message to the other families, who are still looking for answers as to what has happened to their loved ones.

- don't Lose hope and the motivation to find the answers. For you never know.

He says to the Los Angeles Times that he will continue to take the time to remember his sister at Thanksgiving, even though the family now finally have received a response.

- Just some minutes to remember how fortunate we are that we have what we have, " says Randy Hollis