Police in great control: 100 charges in a few hours

One need not sit behind the wheel of a vehicle with four wheels of risking to get a greeting from the police on the way. It had several cyclists true Friday a 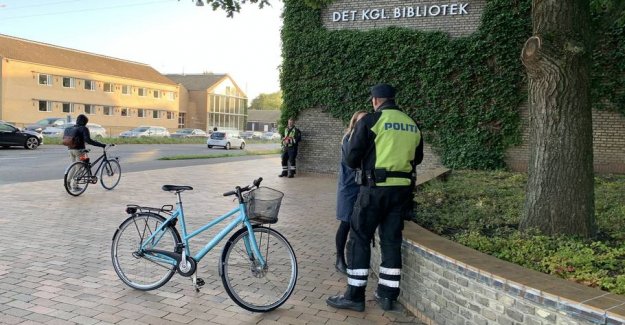 One need not sit behind the wheel of a vehicle with four wheels of risking to get a greeting from the police on the way.

It had several cyclists true Friday afternoon and evening in Aarhus, when the police was ready to check out the two-wheel færdselssyndere.

The state reached by east Jutland Police in døgnrapporten.

the Police were in five hours, placed in intersections Nørre Allé/Gl. Munkegade and Grønnegade/Vestergade in Aarhus C in order to keep an eye on the cyclists, and it was here that the officers have enough to see to.

In the course of the five hours, it was to no less than 105 charges.

Here it was especially cyclists, who drove against the traffic moves, which got a nod from the police.

So ran the 68 cyclists against traffic moves and got a fine of 1000 crowns. 30 cyclists ran the light and got a fine of 700 dollars. In addition, two charges of cycling with mobile phone in hand, two in order to have errors and defects on the bike and one for running a red light.

For a single young woman was the ride according to the police in particular, animals. So drove her to her without lights and against the one-way system, while she also had a friend sitting behind on the bike. She has therefore been allowed to contribute with 2400 crowns to the treasury for the violations.

In week 4 had reached by east Jutland Police a special focus on cyclists, and here it was also to a large number of charges, and the police are therefore not very impressed by the cyclists.

- It is alarming that we in a few hours can write as many fines, and that so many cyclists apparently don't care about road safety. It is both dangerous to yourself and others to run without lights during the hours of darkness and run toward the traffic moves. With the dismal results we have seen by the latest bets, I can guarantee that we will put more checks and balances against the cyclists in the cities, saith the superintendent Amrik Chadha.