Parents accused of murder: the Baby was beaten to death in the hospital

A baby died only seven weeks old when that was turned off for inactivity during at Rigshospitalet in copenhagen 25. april of last year. The little girl was se 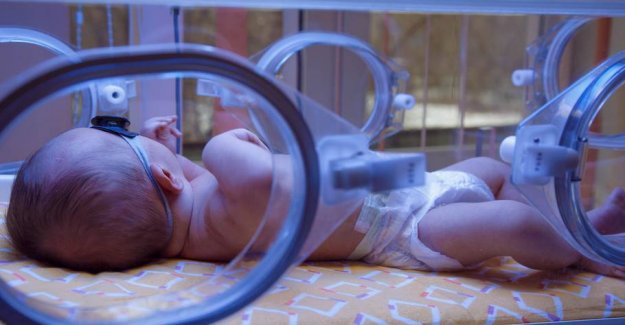 A baby died only seven weeks old when that was turned off for inactivity during at Rigshospitalet in copenhagen 25. april of last year.

The little girl was severely injured, showed the forensic investigations. Among other things, she had severe changes in the brain, which according to police was due to serious acts of violence from birth.

Now her parents, the 34-year-old father and the 24-year-old mother, accused by the Court in Glostrup for the killing of their small daughter. The trial starts 10. January by a jury.

the Parents refuse to commit. The case has during the investigation been running behind closed doors.

The 34-year-old man is of iraqi ancestry but Danish citizen, while his 24-year-old wife is iraker. She needed expelled for good, if she is convicted.

the Parents were in custody 17. in may last year charged with violence resulting in death - but specialanklager Morten Frederiksen on the basis of investigation indictment for the killing.

the Indictment, which Ekstra Bladet has gained an insight into, says that parents in at least two instances of pinching, blow, ruskevold and/or other moderate to severe blunt violence inflicted on the girl 18 right-sidige they and 13 left-sidige they.

She got the break on the left isseben, which resulted in sammenklapning of the lungs, lack of oxygen and 'widespread severe brain changes', which led to the death 25. april 2019, says the indictment.

According to the indictment happened, the violence from the 4. march 2019, when the girl was born, and up to 13. april.

the Court in Glostrup has set aside six days for the trial to be examined 15 witnesses. It is the healthcare professionals from Herlev Hospital and copenhagen university hospital, midwives, nurses, doctors and a forensic scientist.

Professionals must among other things be questioned on parental behavior at the two hospitals.

the Infant was born at Herlev Hospital 4. march and the same day transferred to the university hospital as of early born.

After two weeks at the university hospital was the girl taken back to Herlev Hospital, but in the beginning of the april incidents that occurred complications, and the girl was again taken to university hospital, where it was decided to turn off for inactivity during the 25. april.

According to Ekstra Bladet was the alleged motive for the alleged killing be that the child was unwanted. The information want specialanklager Morten Frederiksen not to comment before trial.