Parasite turns the favorite and win an Oscar for Best Film

It is a good evening at the Dolby Theatre in Los Angeles for the south Korean film 'Parasite'. the Film win so the main prize, Best Film, ahead of the favor 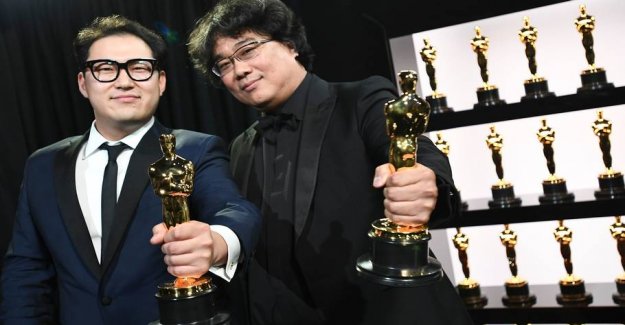 It is a good evening at the Dolby Theatre in Los Angeles for the south Korean film 'Parasite'.

'Parasite' was the big winner. Among other things, 'Best director'. Video: Reuters

Bong Joon-ho wins in front of big names in the category. Including Martin Scorsese for 'The Irishman', Quentin Tarantino for 'Once Upon a Time... in Hollywood, Todd Phillips of 'the Joker' and Sam Mendes for '1917'.

It was a humble instructor who rail against the price.

- I wish that I could share the price in five and share it with you others, " said Bong Joon-ho to the other nominees in the category, in his acceptance speech.

- When I was young and studied film, there was an expression which I have stored deep in my heart, which is: 'The most personal is the most creative'. The quote comes from our amazing Martin Scorsese, said Bong Joon–ho.

'Parasite' also wrote earlier in the month history by winning the grand prize at the Screen Actors Guild Awards as the first film ever in a language other than English.

'Parasite' is a dark comedy about an unemployed family in south Korea, which begins to work in the house of a rich family. The film develops into a thriller as things begin to spiral out of control.

Sam Mendes' film about the Second world War, '1917', was the bookmakers favorite to win both Best Film and Best Director.

It was, however, as we know, not for nothing, as the 'Parasite' race with the victory in both categories.

'1917' can, however, go home with three satisfied. The film won namely in the categories of Best sound mixing, Best Cinematography and Best Visual Effects.

Watch the trailer for the film here