Panda stack of from Odense Zoo

A panda on the loose in Odense streets. It writes the DANISH island of Funen. It might sound like a joke, but nevertheless, it was reality last night as The 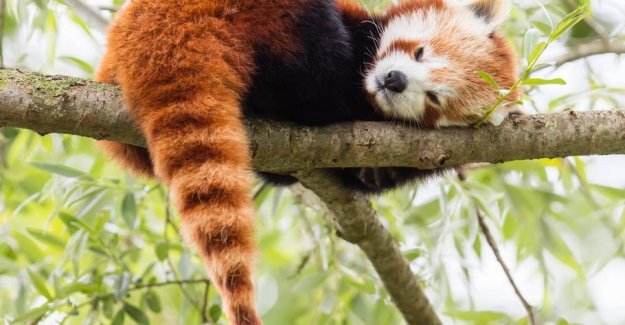 A panda on the loose in Odense streets.

It writes the DANISH island of Funen.

It might sound like a joke, but nevertheless, it was reality last night as The Police at 22.44 got a notification from a citizen on Sønder Boulevard in Odense at the Odense Zoo.

Here running the garden's red panda around between the cars on the usually busy road. It informs vagtchefen by The Police.

the Police got chased pandaen up in a tree, where a vet came and shot the animal with a bedøvelsespil.

Pandaen was caught in a blanket and brought safely back to the Odense Zoo.