There is alarmingly little oxygen in the water in the southern little belt. Along the coast south of Fyn, Als and in the city of Flensburg and Aabenraa fjord is 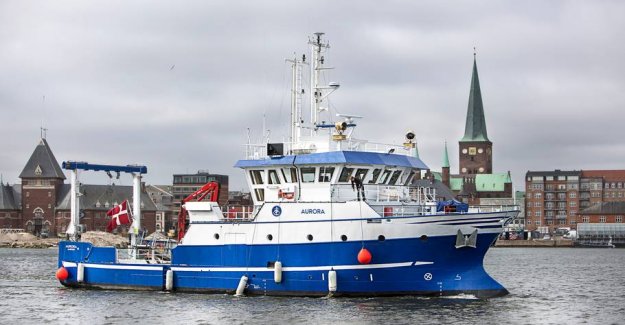 There is alarmingly little oxygen in the water in the southern little belt. Along the coast south of Fyn, Als and in the city of Flensburg and Aabenraa fjord is particularly bad. Here you will find dead fish on the seabed by the coast. It writes the Jutland west Coast.

- food Chain in the ocean is broken. Biodiversity has suffered irreparable damage. Fishermen can no longer take out with the children and grandchildren and hope to catch a single cod or flatfish, says John Thomsen, who is the co-founder of the association Help the little belt and the president of The Småbådsklub, to the Jutland west Coast.

Anglers from near and far, including Germany, have begun to look for another place to throw the hook in the water, and it is feared that al lystfiskerturisme will disappear from the areas. In addition, be made life potentially miserable for retailers.

- It is a huge problem for all higher life has the use for life, just like we have. And then it goes out over the fish, then the fishermen, so that retailers, and ultimately customers at the counter, who would like to trade the fish in these areas, " says Jens Würgler Hansen, a biologist and senior adviser at Aarhus University for the Extra Magazine.

There are more dead than live fish in the oxygen-depleted waters. Here lies the dead fish after another game of hypoxia further north on the Hills. Photo: Claus Bonnerup


Jens Würgler Hansen, is a part of a group of six scientists, which is currently sailing around in the Danish waters and try to be wiser on the problem. Oxygen depletion in the water during the summer as a starting point usually. Marine biologists and fishermen talking about a decidedly 'iltsvinds-season', which usually is from June to October.

as long As it is kept down to a certain level, it is no problem for life to rebuild itself in the water, as soon as iltsvindssæsonen ends. This time, however, it is particularly heavily, and the general rise in temperature on the planet is part of the reason.

- Higher temperatures can create problems, because the oxygen is being consumed faster under higher temperatures. Therefore, we always hypoxia in the summer, but it is very heavy. Climate change a part of it, because iltsvinden will be more severe, the warmer it becomes.

the Researchers are afraid that iltsvindet become so killing that life can not recreate itself.

- the Concern is that the warmer it is, the less time will the ocean floor have to get over iltsvindet, and then it will be harder to re-establish life in the water. Worst case is that it when it to, and that here the oxygen depletion in the area is going to spread around to other places in the sea, " says Jens Würgler Hansen.

the Wind also plays a big role. In calm seas it becomes harder to get new air in to the water. The hope is that the storms during the autumn will be distributed oxygen around in the iltfattigste areas and thus let the dead water regenerate before next year's iltsvindssæson. But so far it doesn't look good.

- It does not look good. The little belt is like a sick patient who is not allowed to recover, before there comes new suffering. The belt get it just got worse and worse, " says Jens Würgler Hansen to the Jutland west Coast.

the Sailors holding an open house on the ship Aurora in Faaborg Harbour on Thursday at. 12. Here, the researchers will tell you more about what is happening and not happening in the seabed.