One billion animals are feared dead by the fires in Australia

After months of devastating forest fires in Australia, the number of dead animals has now increased to over a billion, there is reason to fear it. 1.25 billion 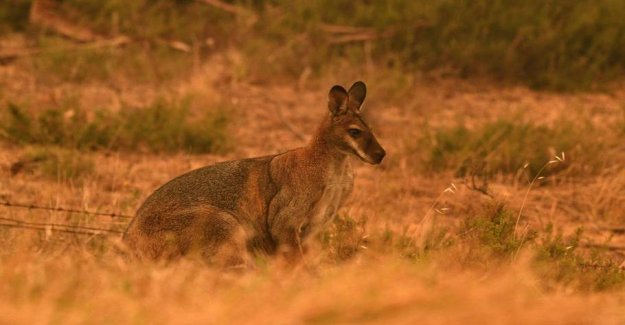 After months of devastating forest fires in Australia, the number of dead animals has now increased to over a billion, there is reason to fear it. 1.25 billion sounds more accurate assessment.

The estimated number is over twice as large as scientists originally expected, and as happened in the last week.

It is the World Wildlife Fund, or Wwf, australian section, who on Tuesday has brought the ominous estimate. In addition to the dead animals, it is estimated that 8.4 million hectares of land have been burned.

An area whose size corresponds to the country of Austria.

In the days around the new year could be on the australian east coast experience this violent phenomenon, where the sky was almost blood red. Photo: Ritzau Scanpix

Among the dead animals are believed to be among the other thousands of koalas and kangaroos.

WWF Australia also considers that it may take decades to rebuild the forests that are burned down.

- Until the fires have subsided, it is impossible to say what the final judgment of the damage will be, they write among other things, in the announcement.

Australia is a country filled with forest fires, but this season's big fires have not seen before. It is not only climate change, which creates them, but they are exacerbated by them, they added.