the UNITED states on Monday formally declared to the UN that the country is out of the Paris agreement. It informs the ministry of foreign affairs in the UNITED 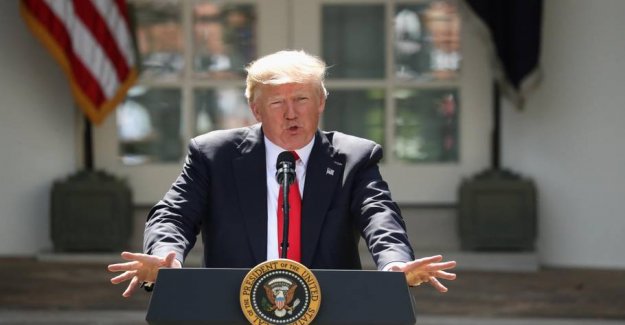 Thus begins a year-long process that takes US out of the climate agreement.

Donald Trump announced already 1. June 2017, he would leave the Paris agreement. But formally speaking, it has only been possible through the current date.

the Paris agreement was concluded in 2015 with the aim to do something about climate change and curb emissions of greenhouse gases.

the Agreement contains an ambition that the temperature on the planet must not rise with more than two degrees celsius compared to before industrialization.

nearly 200 countries signed on the agreement.