The Norwegian king Harald has been admitted to the hospital because of dizziness. There is no serious illness, informs the Norwegian royal family. - the Kin 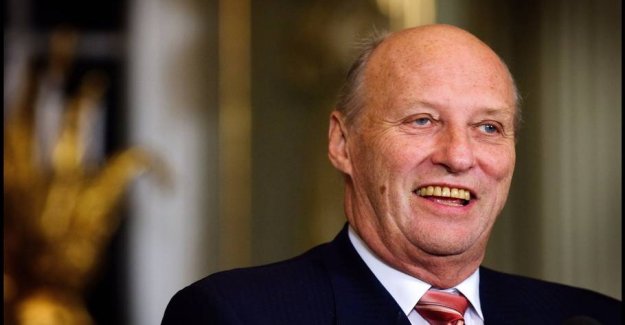 The Norwegian king Harald has been admitted to the hospital because of dizziness.

There is no serious illness, informs the Norwegian royal family.

- the King is expected to be printed before the weekend. The king will be on sick leave for two weeks. In this period the crown prince Haakon to be his regent, says the report from the royal family.

The 82-year-old king is admitted to the Rikshospitalet, which is located in Oslo.

On Friday, should the king under the plan have been present during the european championship in handball for men in Trondheim. It must he therefore drop now, writes the Norwegian media VG.

King Harald had on Tuesday have participated in the opening of the Johan Sverdrup oilfield, together with the Norwegian prime minister, Erna Solberg, and oil and energy minister Sylvi Listhaug. But it canceled the he, because the last time has been difficult.

the King's former son-in-law, Ari Behn, took his own life on christmas day.

Behn married princess Märtha Louise in 2002. In 2016, the pair was separated, and the year after the divorce. They have three children; Maud Angelica, Leah Isadora and Emma Tallulah. AriBehn was born in Aarhus in 1972.

Before christmas, the king was on sick leave with a viral infection, which meant that he could not participate in a council of state 20. december.